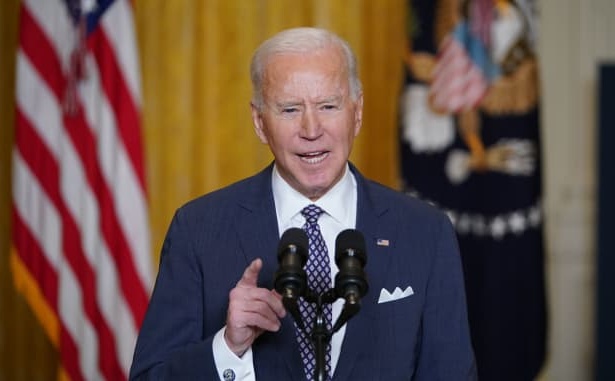 Beginning the repair of four years of damage by Donald Trump, President Joe Biden assures European leaders of the value of alliances.

Biden told the virtual gathering of the Munich Security Conference on Friday:

The Trans-Atlantic alliance is a strong foundation — the strong foundation — on which our collective security and our shared prosperity are built. The partnership between Europe and the United States…is and must remain the cornerstone of all that we hope to accomplish in the 21st century, just as we did in the 20th century.

Referring to “new crises” and “global challenges”, Biden assured, “Let me erase any lingering doubt: The United States will work closely with our European Union partners and the capitals across the continent — from Rome to Riga — to meet the range of shared challenges we face.”

In a sharp reversal of Trump’s denigration of NATO and its members, Biden committed himself to collective defense, “We’ll keep faith with Article 5. It’s a guarantee. An attack on one is an attack on all. That is our unshakable vow.”

He cited his order to halt the withdrawal of US troops from Germany, and emphasized the need for a shared, firm approach to Russia and its leader Vladimir Putin:

Putin seeks to weaken European — the European project and our NATO Alliance. He wants to undermine the transatlantic unity and our resolve, because it’s so much easier for the Kremlin to bully and threaten individual states than it is to negotiate with a strong and closely united Trans-Atlantic community.

The call for cooperation continued on global issues, from the Coronavirus pandemic to climate change: “We’ll stand with you. We’ll fight for our shared values. We’ll meet the challenges of this new moment in history.”

Europe Asks About “America is Back”

While burying the Trumpian assault on alliance, Biden’s emphasis on his “America is Back” theme — the keystone of his initial foreign policy statements as President-elect and as President — raised questions for the European leaders about the relationship between the US and their countries.

See also “America Is Back”: The Risky Illusion of the “Normal”

French President Emmanuel Macron emphasized “common will” and “effective and useful multilateralism”, but he based it on a “strategic autonomy” where Europe is not dependent on US leadership.

Macron said NATO will be “even stronger than before” with Europe “much more in charge of its own security” and a “rebalance” of the Trans-Atlantic relationship: “We must take more of the burden of our own protection.”

German Chancellor Angela Merkel noted, “Our interests will not always converge”, while pointing to issues such as the response to Beijing and Moscow.

In recent years, China has gained global clout, and as trans-Atlantic partners and democracies, we must do something to counter this.

Russia continually entangles European Union members in hybrid conflicts. Consequently, it is important that we come up with a trans-Atlantic agenda toward Russia that makes cooperative offers on the one hand, but on the other very clearly names the differences.

She summarized, “These challenges of today cannot be mastered by one state alone. It needs cooperative effort. We have to forge away with multilateral structures.”