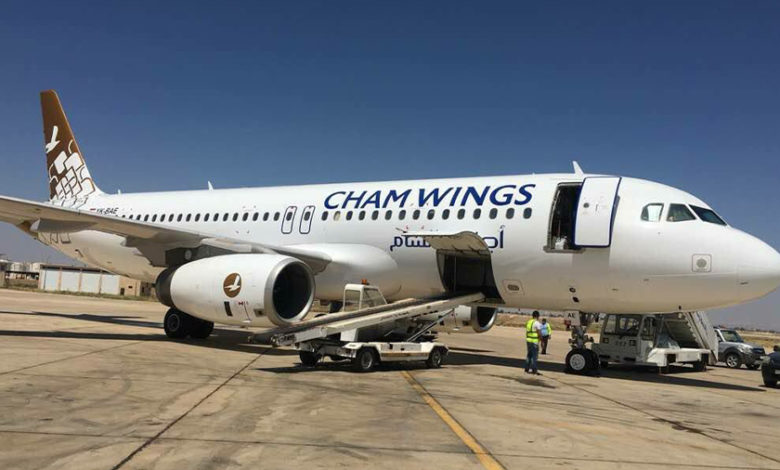 The UN used a US-sanctioned Syrian airline, accused of transporting Iranian weapons and personnel to prop up the Assad regime, to transport aid to Libya.

The World Health Organization effectively acknowledged the delivery by the private Syrian company Cham Wings when it posted a photo on Monday showing the offloading of the aid at Benina International Airport in Benghazi in eastern Libya.

The World Health Organization (#WHO) continues to provide humanitarian assistance aid to the people of #Libya. More than sixteen tons of medicines, supplies and equipment dispatched from WHO warehouses in #Dubai have just arrived at #Benina International Airport in #Benghazi. pic.twitter.com/iwIustDyUi

A World Food Programme spokesperson subsequently confirmed to Middle East Eye, “Due to the situation on the ground, the options for air freight delivery into Libya are minimal, and in this case, the WHO [World Health Organization] medical cargo was transported by the air carrier Chams Wings, which is not subject to United Nations sanctions.”

The US Treasury sanctioned the Damascus-based Cham Wings in 2016 for cooperating “with Government of Syria officials to transport militants to Syria to fight on behalf of the Syrian regime and assisted the previously-designated Syrian Military Intelligence in moving weapons and equipment for the Syrian regime”.

The Treasury said the airline was used by Iran’s Quds Force, the branch of the Revolutionary Guards which operates outside the Islamic Republic.

The Revolutionary Guard have prevented the fall of the Assad regime in Syria’s 118-month conflict, bringing in Iran-supported foreign militias as well as building up the National Defense Forces militia inside the country.

The Treasury summarized, “Cham Wings’s Damascus-to-Dubai flight was one of the main routes Syrian Military Intelligence used to launder money throughout the region, with SMI paying all parties involved to ensure they would continue to do business with the Assad regime.”

Founded in 2006, Cham Wings is owned by Syrian businessman Issam Shammout, accused of using a front company in Dubai for the illegal sale of aircraft to Iran’s Mahan Air.

Mahan Air, also under US sanctions, has also reportedly moved Iranian personnel and weapons to Damascus.

Between January 1 and March 10 last year, there were at least 33 Cham Wings flights from Damascus to Benghazi, possibly transporting pro-Assad militia to help the insurgency of General Khalifa Haftar.

At the time, Haftar was pursuing a failed assault on Tripoli and the internationally-recognized Government of National Accord. Russian and Sudanese mercenaries were also involved.