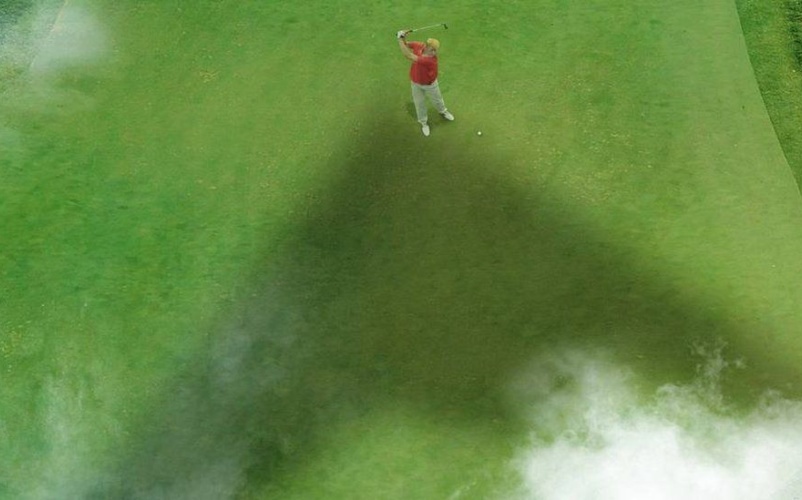 Just over a year after the Trump Administration’s drone killing of top Iranian commander Maj. Gen. Qassem Soleimani, Ayatollah Khamenei’s site posted an image of a man resembling Trump playing golf in the shadow of a warplane or large drone.

The site reinforced its headline, “Revenge is Definite” with an extract from a December 16 speech by Khamenei:

But they were very wrong in doing this and must face revenge. Both the murderers and those who ordered it should know that revenge may come at any time.

However, a tweet from @khamenei_site reproduced the image, headline, and statement: 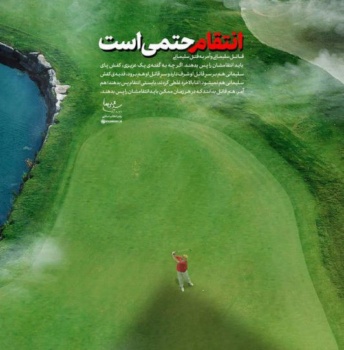 The message was up for several hours on the Farsi-language timeline before Twitter suspended it as a fake account.

But an “official close to Khamenei’s inner circle” appeared to confirm that the Twitter message was from the Supreme Leader’s office: “The aim [of the tweet] was to remind the gambler [Trump] that leaving office does not mean he will be safe and the assassination of our martyr Soleimani will be forgotten.”

He added, “And now, American troops cannot protect him.”

And Fars, the outlet of the Revolutionary Guards, published an image of Trump and former Secretary of State Mike Pompeo in the crosshairs of a rifle with the caption, “You Will Live Your Life in Fear”.

On January 1, Iran’s military threatened retaliatory attacks inside the US over Soleimani’s assassination.

Soleimani’s successor, Brig. Gen. Esmail Qa’ani said, “It is even possible that some people inside your home (the US)…would respond to your crime (of assassinating General Soleimani.”

UPDATED: Iran Military Threatens Attacks Inside US Over Soleimani Assassination

Before the suspension of the Farsi-language account, some Twitter users challenged the platform to act in light of its ban of Donald Trump after his instigation of the Capitol attack on January 6.

Maj. Gen. Soleimani was the head of the Quds Force, the Revolutionary Guards branch responsible for operations outside Iran. He and the head of the Iran-backed Iraqi militia Kata’ib Hezbollah, Abu Mahdi al-Muhandis, were killed on January 3, 2020 outside Baghdad International Airport by the US drone strike.