EA on Monocle 24 and BBC: Why Trump Was Impeached — A Response to Alan Dershowitz 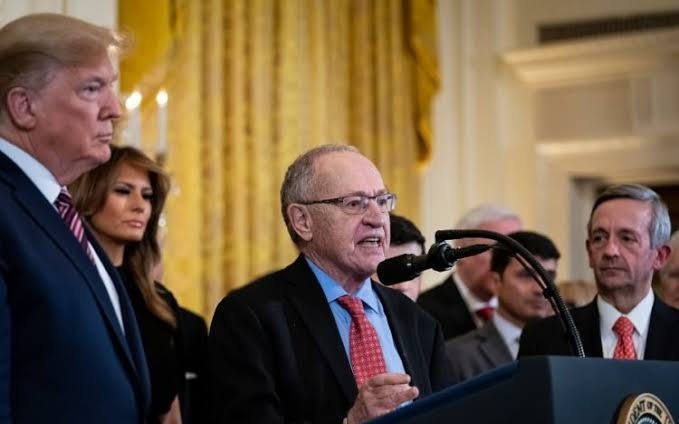 Further thoughts on Joe Biden’s inauguration, the Capitol attack, the impeachment of Donald Trump, and the challenges for US politics and society in an interview with UCB Radio:

An extract from my interview with BBC News Channel about the split in the Republican Party between an establishment faction and the Trumpists:

On #BBCNews Prof @ScottLucas_EA of @unibirmingham describes the conflict within the Republican Party as Donald Trump is impeached for a second time pic.twitter.com/0OGCr2vAWX

I spoke further with Monocle 24’s Georgina Godwin on Thursday about the significance of the second impeachment of Donald Trump.

We review Trump’s position, including the role of Alan Dershowitz and the future of the Republican Party before I address Godwin’s question, “Isn’t there a danger that this makes Trump a martyr?”

There was an attempt last week to prevent Joe Biden becoming President of the US that was instigated by Donald Trump. For the first time in American history, US citizens attacked their own Capitol building. Five people died, and the group were looking to kill others.

If you don’t hold Donald Trump accountable for that, you have set aside democracy and American security for your worry, “How might he react?”

After Dershowitz’s interview with Crawley, I cut through the celebrity lawyer’s misrepresentations, both of the 1st Amendment and of Trump’s speech on January 6 inciting his followers to march on the Capitol to block the confirmation of President-elect Joe Biden.

The other guest is Greg Swenson of Republicans Overseas UK.

After the Capitol Attack: Facing the Authoritarian, the Racists, and the Overtones of Fascism

And on the “political reality”:

I’m afraid that Mr. Dershowitz misrepresented Donald Trump’s speech on January 6. Having failed to overturn the election via the courts, State legislatures, Congress, and even Mike Pence, he told his supporters to go to the Capitol and “fight, fight like hell” to block a President-elect Biden.