EA on Al Jazeera’s Inside Story: The Trump Impeachment and the Future of the Republican Party 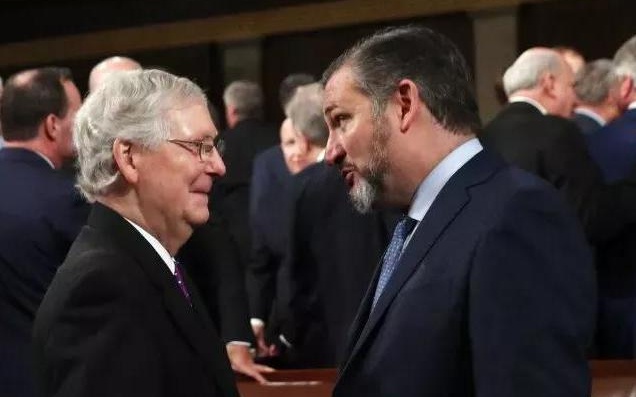 Senate Republican leader Mitch McConnell and Trump ist Sen. Ted Cruz at the State of the Union address in the US Capitol, February 4, 2020 (Leah Millis/Getty)

I joined Al Jazeera English’s Inside Story on Thursday to discuss the impeachment of Donald Trump and the future of a Republican Party split between establishment and Trumpist factions.

The other panelists are Republican political advisor Rina Shah and progressive lawyer and activist Bruce Fein.

Before we get to last week, almost every Republican in the House and Senate not only protected Donald Trump, they enabled him — during the Trump-Russia scandal, during the Trump-Ukraine scandal, over the longest Government shutdown in US history, and over rhetoric and actions in which he has belittled immigrants, belittled Black Americans, belittled other people of color, and belittled women.

However, even for a McConnell and even for many Republicans, that attack on the Capitol was a line that had been crossed.

See also EA on Monocle 24 and BBC: Why Trump Was Impeached — A Response to Alan Dershowitz
America Unfiltered Podcast: Are US Politics and Society Broken After Trump’s “Attempted Coup”?