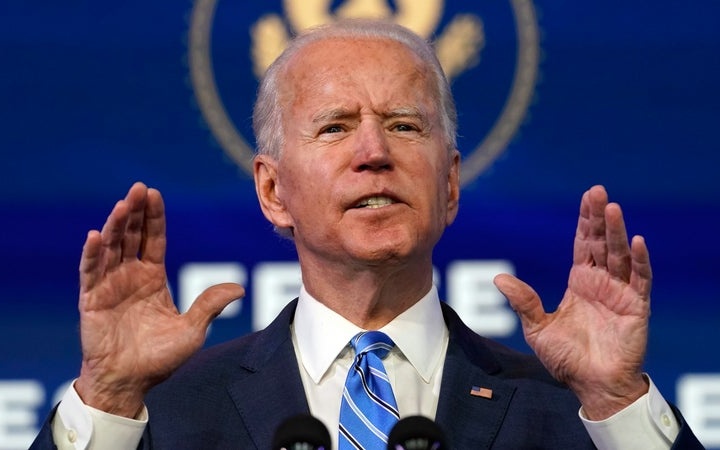 President-elect Joe Biden sets out a $1.9 trillion “American Rescue Package” to deal with the Coronavirus pandemic and its effects on the US economy and millions of Americans.

The proposal includes $400 billion for the pandemic, which has now claimed 388,540 lives amid 23,307,461 cases, including funds to accelerate vaccinations and to reopen most schools safely within 100 days.

There is $350 billion to help state and local governments facing budget crises and overstretched health systems. There will be $1,400 direct payments to individuals, adding to the $600 in a $900 billion interim package adopted last month. Unemployment benefits will be expanded, federally mandated paid leave will be provided for workers, and child care costs will be subsidized.

Biden said in his speech on Thursday night:

During this pandemic, millions of Americans, through no fault of their own, have lost the dignity and respect that comes with a job and a paycheck. There is real pain overwhelming the real economy….

The very health of our nation is at stake. [This] does not come cheaply, but failure to do so will cost us dearly.

Biden’s $20 billion National Vaccine Program will establish community vaccination centers around the country, including in lociations such as high school gymnasiums and sports stadiums. Funds provide for 100,000 public health workers in vaccine outreach and contact tracing.

The Trump Administration said that 20 million doses would be administered by December 31, but as of Thursday, there had been only 11.1 million inoculations, according to the Centers for Disease Control and Prevention.

Call for Unity and Action

Biden called on Democratic and Republican legislators to work together in implementation of the package: “Unity is not some pie in the sky dream — it’s a practical step to getting the things we have to get done as a country, get done together.”

When Biden is inaugurated next Wednesday, the new Senate will be 50-50, with Vice President Kamala Harris the deciding vote. In the House, Democrats have 222 seats, Republicans 211, and two are vacant.

As Senate Majority Leader, the GOP’s Mitch McConnell blocked a second Coronavirus relief bill for months after the passage of a $2.2 trillion package last March. He objected to a compromise $2.2 trillion follow-up, before and after the US election, rejecting its aid to states and cities.

With the US “surge upon a surge” reaching record levels for deaths and cases, Republican and Democratic leaders agreed the $900 billion interim measure, albeit without the provision for states and cities. Donald Trump threatened to veto the bill, but backed down.

Biden always emphasized that a larger intervention is needed for America’s “dark winter”, and this month’s developments reinforced that assessment. The daily deaths have climbed to almost 4,500, with daily cases nearing the 300,000 mark.

There was a net loss of 140,000 jobs last month. In the first week of the new year, 1.15 million Americans filed new unemployment claims, a 25% increase from the previous week. Another 284,000 claims were filed for Pandemic Unemployment Assistance, an emergency federal program covering workers, such as freelancers, who do not normally qualify for benefits.

Biden summarized, “Millions of people putting their lives at risk are the very people now at risk of losing their jobs: police officers, firefighters, all first responders, nurses, educators.”

The President-elect has also spoken of the “darkest day” in American history amid the January 6 attack on the Capitol by Trump followers, but he said Thursday, “Out of all the peril of this moment, I want you to know I see the promise. I’m as optimistic as I’ve ever been.”

Groups from progressive activists to the National Nurses United to the US Chamber of Commerce hailed the plan.

“We applaud the president-elect’s focus on vaccinations and on economic sectors and families that continue to suffer as the pandemic rages on,” the Chamber said in a statement.

But Republican legislators were largely silent.

The rescue plan addressed wider economic and social concerns, such as racial disparities in a pandemic which has disproportionately killed people of color.

Measure increase funding for community health centers and mitigation of the virus in prisons and jails. Biden added that America must confront a “growing hunger crisis”:

More than one in five Black and Latino households in America report that they do not have enough food to eat. It’s wrong. It’s tragic. It’s unacceptable.

Emergency paid leave will be offered to 106 million Americans, regardless of the size of their employer. Tax credits will be extended to families to offset up to $8,000 in annual child care costs. Billions of dollars are earmarked for rental aid, and grants provided to millions of small businesses. Expanded unemployment benefits are extended through the end of September, with an extra $400 weekly supplement.

Biden also called for a raise in the federal minimum wage to $15 an hour.

He indicated that proposals will be funded through tax rises on corporations and the wealthiest Americans.

[There is a] growing divide between those few people at the very top who are doing quite well in this economy — and the rest of America.

Just since this pandemic began, the wealth of the top 1% has grown by roughly $1.5 trillion since the end of last year — four times the amount for the entire bottom 50%.

The Biden Administration is expected to introduced a second package centered on job creation and infrastructure, with health care and education funds and a focus on cleanenergy projects like electric vehicle charging stations.