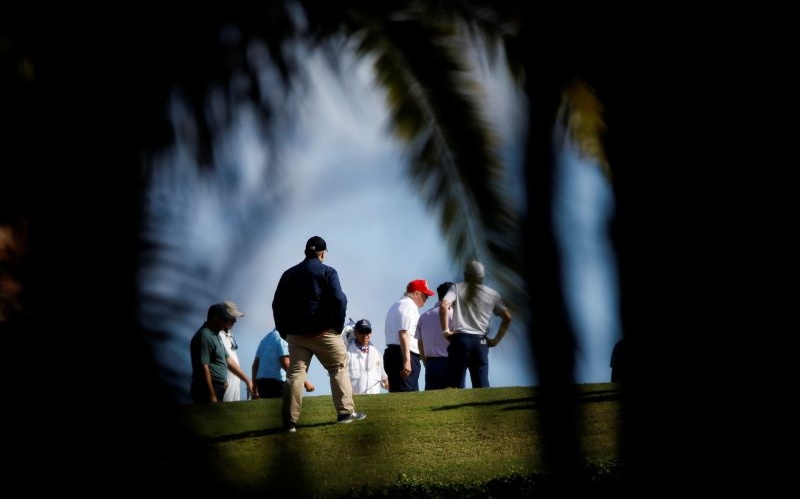 After days of threatening a veto, Donald Trump backs down and signs a $900 billion Coronavirus relief bill.

Trump also capitulated and accepted the 5,593-page legislation for Government funding, ensuring that there is no shutdown — the fourth of his Presidency — at midnight on Monday.

For almost a week, Trump had railed against the measures. The delay meant that up to 14 million Americans lost unemployment benefits. It also threatened a $600 one-off payment to millions; loans for small businesses; and support for schools, vaccine distribution, and cultural programs in what President-elect Joe Biden called an “abdication of responsibility“.

The bill provides the unemployed with a weekly $300 federal benefit — about half that in last March’s first Coronavirus package — for 11 weeks.

Michele Evermore, a senior policy analyst for the National Employment Law Project, said of those affected by Trump’s posturing: “They might get [the lost week’s benefit] at the back end, but there are bills tomorrow. It’s just so frustrating that he couldn’t have figured this out yesterday. One day of delay is catastrophe for millions.”

Sen. Ron Wyden, the top Democrat on the Senate Finance Committee, echoed, “While it’s a huge relief that the bill is being signed, Donald Trump’s tantrum has created unnecessary hardship and stress for millions of families.”

Playing golf and tweeting from his Florida resort, Trump gave no explanation for his sudden reversal. However, he had come under increasing pressure from Republican legislators. They included House Minority Leader Kevin McCarthy, Trump’s close friend Sen. Lindsey Graham, and Sen. David Perdue of Georgia, who faces a run-off election on January 5 to hold his seat.

Rep. Adam Kinzinger of Illinois said of “this old switcheroo game”: “I don’t get the point. I don’t understand what’s being done, why, unless it’s just to create chaos and show power and be upset because you lost the election.”

In a Sunday night statement, Trump tried to grab credit by citing his “responsibility to protect the people of our country from the economic devastation and hardship”, after creating more hardship with his inaction.

He then claimed the measures which he had derided as “disgraceful” as his idea: “I am signing this bill to restore unemployment benefits, stop evictions, provide rental assistance, add money for PPP [small business loans], return our airline workers back to work, add substantially more money for vaccine distribution, and much more.”

Trump declared, “Much more money is coming,” with no information on how this would occur before his departure from office on January 20.

Biden has welcomed the interim measure but said a much larger relief package is needed as soon as he is inaugurated.

Senate Majority Leader Mitch McConnell, who ended a seven-month blockade to work with Democrat leaders on the bill, wrote, “I applaud the President’s decision to get billions of dollars of crucial COVID-19 relief out the door and into the hands of American families.”

House Speaker Nancy Pelosi also refrained from criticism. She welcomed the “down payment on what is needed” and called for an increase in the one-off payment to $2,000.

While threatening a veto, Trump tried to claim personal credit with the declaration of the raise to $2,000. Democrats sought to amend the relief bill for the increased payments, but GOP House Minority Leader Kevin McCarthy blocked the effort on Christmas Eve.