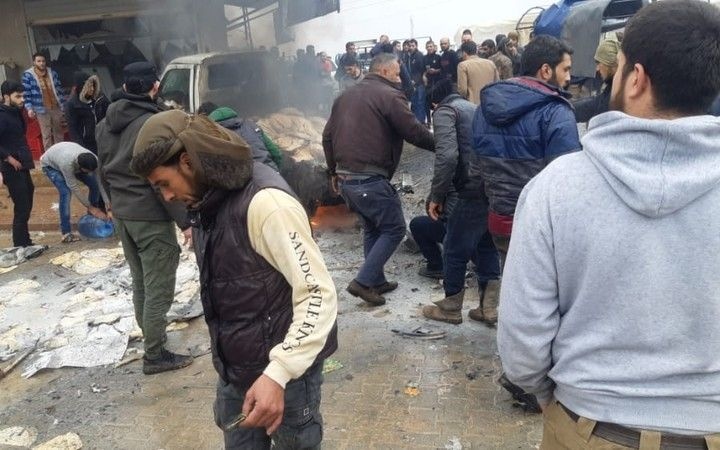 One person has been killed and six wounded in the latest car bombing near Azaz in northwest Syria.

The blast was in a market hall in Sajo village, home to civilians displaced by the Assad regime, near the Turkish border. The explosive was placed in a car purportedly distributing bread.

#Syria: this is the kind of attacks N. #Aleppo countryside has to face. This morning an IED destroyed a vehicle distributing bread in a market in Sajo (#Azaz). One woman killed, multiple wounded. pic.twitter.com/n25wVk4mYX

Azaz has been recurrently bombed since Turkey and anti-Assad fighters took over much of the Kurdish canton of Afrin, also in the northwest, in early 2018.

On July 19, car bombs in Afrin and Azaz killed five people and wounded 98.

Turkey considers the YPG as part of the Turkish Kurdish insurgency PKK. However, the militia is the leading faction in the US-backed Syrian Democratic Forces, which removed the Islamic State from northeast Syria in operations between autumn 2015 and March 2019.

A civilian was killed, and 6 others were injured, after an IED explosion in a car transporting bread in #Sajoo market in #Aleppo countryside this morning. #WhiteHelmets worked to rescue the injured, extinguish the fires, and secure the area. pic.twitter.com/qUIGvuDRIi