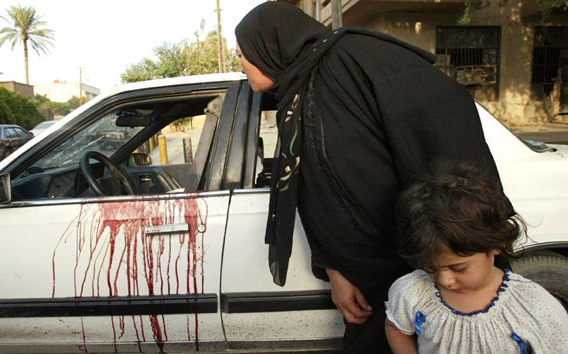 In an anticipated spree of pardons, Donald Trump has wiped away the convictions of Blackwater mercenaries who murdered civilians in Iraq, a prominent figure in Trump-Russia cooperation, and three former Republican Congressmen who committed financial crimes.

Trump issued 15 pardons and five commutations on Tuesday night. More than half of the cases did not meet the Justice Department’s standards for consideration.

They continued Trump’s patterns of focusing on those with whom he has personal links: of 45 pardons or commutations before Tuesday, 88% were given to associates or people who furthered his political aims.

Among those pardoned yesterday:

*Four ex-US service members, working as contractors for the private company Blackwater, involved in the killings of Iraqi civilians in 2007

One of the men, Nicholas Slatten, was sentenced to life in prison for his role in the murder of 17 Iraqis, including two boys, in Nisour Square in Baghdad.

*George Papadopoulos, the Trump campaign staffer who met in London with a professor, Joseph Mifsud, linked with senior Russian officials

Alex van der Zwaan, a lawyer who lied to investigators about his contacts with Russian intelligence officer Konstantin Kilimnik, was also pardoned.

Hunter was to begin serving an 11-month sentence next month over misuse of campaign funds.

Collins has been serving a 26-month sentence for false statements to the FBI and conspiring to commit securities fraud.

Stockman was serving a 10-year sentence for fraud and money laundering.

One of the commutations was dispensed to Philip Esformes, sentenced in 2019 to 20 years in prison for Medicaid fraud.

In some of the cases, the intent is to cover up Trump’s own possible political and criminal liability.

Papadopoulos’ pardon was preceded by Trump’s commutation in July of the sentence of more than three years handed to Roger Stone, his long-time “political dirty trickster” who liaised with WikiLeaks over dissemination of the stolen e-mails to damage Clinton.

In late November, Trump pardoned Michael Flynn, his senior campaign staffer and former National Security Advisor, before Flynn was sentenced for his crime of lying to the FBI. The conviction was linked to Flynn’s conversations with Russian Ambassador Sergey Kislyak in December 2016, before Trump took office, about lifting sanctions on Moscow.

In other pardons, the catalyst was a link to Trump’s inner circle. The founder of Blackwater, Erik Prince, is a long-time informal advisor. Prince’s sister Betsy DeVos is Education Secretary.

Prince was investigated by Special Counsel Robert Mueller’s Trump-Russia inquiry over a planned meeting in January 2017 with a Russia-sanctioned banker in the Seychelles. The discussion to consider how the Trump Administration and the Kremlin could cooperate, but for reasons that remain unclear, it never took place.

Others who lobbied Trump included Pam Bondi, a former Florida attorney general prominent for her TV defense of Trump during during his impeachment and trial, and Pete Hegseth, a Fox News commentator. Esformes’ commutation was proposed former GOP Attorneys General Edwin Meese and Michael Mukasey.

Like his past pardons, most if not all of them appear to be based on insider recommendations rather than normal Justice Department vetting process.

BREAKING: pardons tonight by Trump of criminal acts by law enforcement officers sends exactly the wrong message. Having served at DOJ for 20+ years, this is the worst possible message and result if you want fair and faithful execution of the laws.