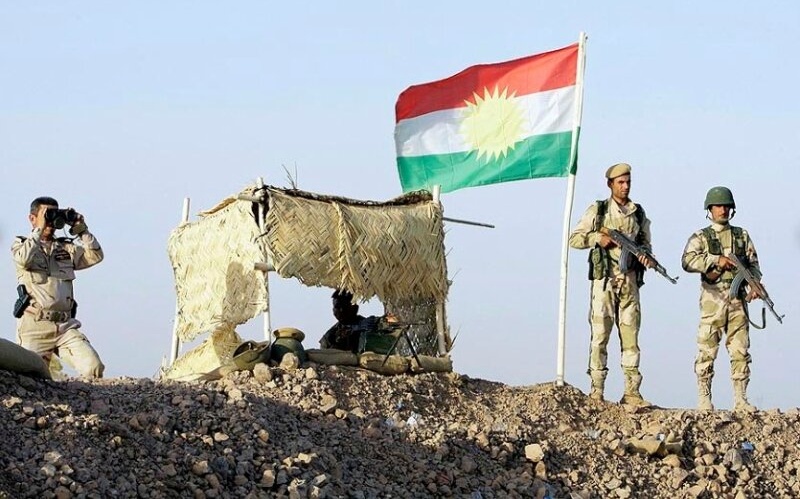 Barzani said that an incursion by the YPG into northern Iraq was “a reckless, unprovoked attack” and a “clear and illegal violation of the territory of the Kurdistan region”.

I call upon our friends and partners in the Global Coalition to ensure that the YPG does not repeat this act of aggression. The YPG cannot be allowed to exploit foreign assistance to launch attacks on our territory.

Any repeat would be seriously damaging to regional security.

Sarbast Lazgeen, the KRG’s deputy minister for peshmerga affairs, told a news conference that eight YPG fighters tried to cross into Iraqi Kurdistan. Peshmerga on the border tried to warn them away, but five continued and “then a group of 50 to 60 armed men crossed over as well.”

The Kurdistan Communities Union, an umbrella group which includes the Syrian Democratic Union Party (PYD) and Turkey’s Kurdistan Workers’ Party (PKK), accused the KDP of spreading “dirty propaganda” which “legitimizes policies adopted by the Turkish State, that aims at extermination of the Kurdish people, and poses grave dangers to the future of our people”.

A PKK source in Iraqi Kurdistan said two fighters were wounded in the latest clash, without saying whether they were PKK or YPG fighters.

Earlier this week, an Iraqi Kurdish peshmerga fighter was killed in a separate clash with PKK troops in the mountainous Amedi region on the Turkish-Syria border.

Ankara considers the Syrian PYD and its YPG militia to be part of the PKK, which has battled Turkish forces for more than 35 years. But the YPG are the leading element in the US-supported Syrian Democratic Forces, who have expelled the Islamic State to foster Kurdish control of much of northeast Syria.

In the summer, Iraqi peshmerga deployed in a mountain pass linking the PKK’s main bases in the Qandil mountains in northern Iraq, just as Turkey launched a land and air offensive against PKK camps.

Ankara is trying to cut off and isolate the PKK positions near the Syrian border. The Kurdistan Regional Government has asked the two sides to fight elsewhere, as Iraqi Kurdish civilians are killed in Turkish drone strikes, and have asked the US to condemn the Syrian Democratic Forces over support for the PKK.

On Monday, in a call with the new US envoy for Syria, Joel Rayburn, Barzani “stressed the need for the SDF to free themselves from domination by the PKK and, in particular, not to allow the PKK to exploit the aid which it receives”.

Rayburn asked Barzani to ensure “unity” talks continue between the PYD and Syrian Kurdish groups who are on good terms with Iraq’s KRG.