A Victory in New Zealand for A Progressive and Kind Politics 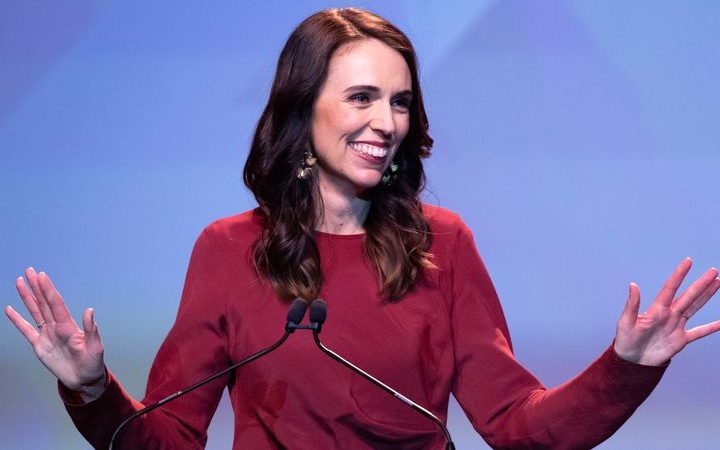 A popular leader wins an electoral landslide in the midst of a global pandemic and economic ruin, crafting a long-term legacy in a second term.

This is not the US. This is certainly not the UK.

This is New Zealand and Prime Minister Jacinda Ardern.

The vote, originally set September but postponed by a month after Coronavirus cases returned to the country, returns Ardern and the Labour Party with a thumping 64-seat majority in the 119-seat Parliament — a rarity in Kiwi politics.

In contrast to the strongman style of politics, inflammatory language, and a disregard for the system of governance, Ardern has established herself as a unifying, progressive leader.

She is still only 40, having worked in catering and then in the UK Cabinet Office during the years of Prime Minister Tony Blair. She only won her first constituency election in February 2017, but became Labour’s deputy leader in March, leader in August, and Prime Minister in October overseeing Labour’s coalition with the small nationalist New Zealand First party.

Her international profile increased in 2018, primarily because she became the second-ever elected leader — after Pakistan’s Benazir Bhutto in 1990 — to give birth while in office.

But it was in March 2019 that her leadership was recognized through her response to the Christchurch Mosque massacre: her call for unity, empathy, and compassion inspired a nation in pain and countered the divisive rhetoric of politicians in other countries.

As many Presidents and Prime Ministers failed to deal with COVID-19, Ardern held a masterclass in crisis communications. She hosted Facebook Live events from her sofa during the lockdown, securing public support for her Government’s measures. Her leadership, working with science and health experts, was praised for its “unprecedented” speed and intensity, including in The Lancet medical journal.

The outcome? New Zealand, a nation of about 5 million people, has recorded only 25 deaths and 1,883 cases.

During her first term, Ardern banned future oil and gas exploration, increased paid parental leave, raised the minimum wage, and elevated benefits for the most deprived New Zealanders. With promises to build more affordable homes and end child poverty still to be fulfulled, she told reporters on Election Day: “I am not finished yet….I take some flattery in the idea that I would resolve a decades-long problem in three years but I can’t.”

Her style of leadership and politics could be a template for other countries who are now somewhat stagnant in the era of macho man politics – but unlike other leaders’ Ardern uses substance over spin.

Former New Zealand Prime Minister Helen Clark summarizes that Ardern is a natural and empathetic communicator who doesn’t preach at people, but instead signals that she’s “standing with them”:

They may even think: “Well, I don’t quite understand why the government did that, but I know she’s got our back.” There’s a high level of trust and confidence in her because of that empathy.

Ardern has embraced and thus embodies a relational leadership for a “process of people working together in an attempt to accomplish change or make a difference in the interest of the common good”. Its five main components are inclusion, empowerment, purposefulness, ethical behaviours, and process orientation.

As the global economy turned down amid the pandemic, Ardern related to the Kiwi population who were going to suffer the blowback. She took a 20% wage cut, a gesture of solidarity with those who have lost their jobs or been forced to accept a reduced salary in lockdown

After the Christchurch shootings where 51 mosque attendees were killed, Ardern — who is agnostic — held a press conference to deliver a message that would bring her country’s citizens together in a union against hatred.

She addressed the shooter, “You may have chosen us – we utterly reject and condemn you.” Then she implemented tighter gun laws across the nation.

Facing the scrutiny and sometimes criticism that comes in a world where only 5% of world leaders are female. Ardern turned that status to the elevation of all women. After becoming the first national leader to go on maternity leave, she return to work six weeks later and introduced her baby Neve to the world at a UN conference on September 28, 2018.

Ardern’s relational approach is a distance from the Trump, Bolsonaro, Modi, Erdoğan, and Johnson approach of aggressive words, ruthless personality, and gaslight politics. She has put kindness and empathy at the heart of her politics:

I think one of the sad things that I’ve seen in political leadership is – because we’ve placed over time so much emphasis on notions of assertiveness and strength – that we probably have assumed that it means you can’t have those other qualities of kindness and empathy.

And yet, when you think about all the big challenges that we face in the world, that’s probably the quality we need the most.

Amid crisis, pandemic, and climate change, will others take heed of the Ardernian style of politics, implementing relational relating than confrontational leadership?

That remains to be seen. Meanwhile, Ardern sets out the vision for New Zealand:

In a political environment you can either choose to capitalise on that fear, stoke it and politically benefit from it, or you can run a counter-narrative.