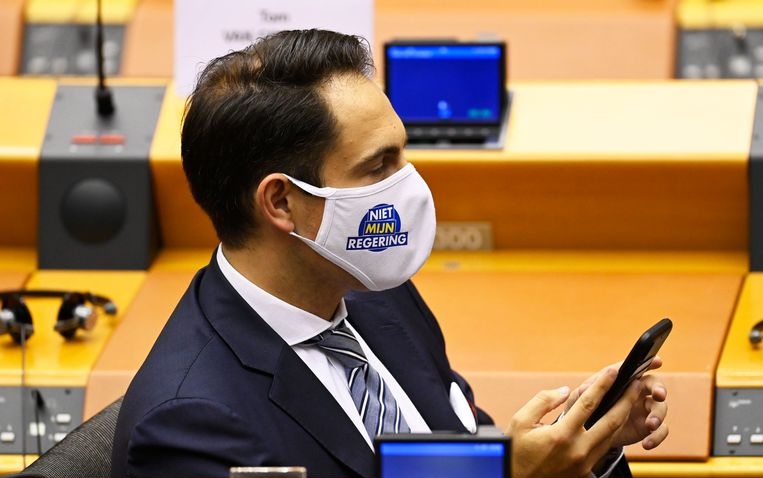 Originally written for the Center for Constitutional Change site:

When Flemish nationalism emerged in the 19th century the Flemish people — who comprised about 60% of the Belgian population — and language were excluded from public administration, the military, politics, law, education, and the media. Flanders was dominated by an agrarian way of life, while Wallonia grew through industrialisation.

The outcome was Flemish alienation from the centres of Belgian power. This “minoritized majority” mindset is the foundation of Flemish nationalist ideology today.

However, in practical terms, Flemish fortunes shifted significantly after World War II. The Flemish economy now outperforms Wallonia’s, following the decline of the Walloon coal and heavy industries. The Flemish nationalist message shifted from “poor Flanders” to a “nationalism of the rich” in which Flanders is portrayed as Wallonia’s “milk cow”. The Belgian state has decentralized, with significant powers devolved to the Flemish and Walloon governments.

Flemish sub-state nationalism is now also characterized by a populist turn, driven by the populist radical right and independence-seeking party, the Vlaams Belang (VB, Flemish Interest). In Belgium’s 2019 elections, the VB’s proportion of the vote rose more than 8% at the federal level and 12% in Flemish Parliament elections. The VB’s sub-state nationalist competitor, the Nieuw-Vlaamse Alliantie (N-VA, New Flemish Alliance), remains the largest party in Flanders. However, while it is predominantly a conservative sub-state nationalist party, the N-VA also incorporates populist messaging, particularly directed at Belgian government elites.

Flanders is not a prototypical case of a minority nationalist movement. It does not represent a minority, demographically or economically, and is increasingly identified by populist rather than autonomist viewpoints. In this blog, I further detail how the Flemish sub-state nationalist approach has incorporated populist narratives and delve into how this populist turn has also led to the adoption of an identitarian approach. In these ways, the Flemish nationalist movement is typical of other emerging patterns of European politics.

Populism, academically and politically, has become an inescapable part of the political zeitgeist. For the sake of space and time, I adopt the dominant understanding of the term of populism from political scientist Cas Mudde: it is a thin-centred ideology concerned with the division between the “pure people” and “corrupt elite”. Populist rhetoric, precisely because of its thin centred nature, fits in smoothly with the nationalist ideologies.

Statements from both the N-VA and the VB show how advocacy for territorial autonomy can be supported by populist rhetoric. In response to the latest Belgian government formation, which kept both Flemish nationalist parties out, the N-VA placed themselves on the side of the “people”:

The N-VA will do everything we can from our political position during the coming legislature to protect the Flemish people as much as we can from the disastrous plans of this government.

While they raised issues around the legitimacy of the government, the party ultimately stuck to its conservative critique, particularly emphasizing opposition to new taxation.

The Vlaams Belang’s language has been more explicitly populist. The party called the new government an “undemocratic monster coalition” and critiqued it for increasing the number of government appointments, rather than being “among the people”. They emphasized that the government lacked a Flemish majority, a betrayal from “traditional parties” who “allowed themselves to be bribed for jobs”. For both the N-VA and the VB, one elite enemy is the Belgian state. However, for the the Vlaams Belang, there are others: it sees academics, teachers, journalists, and other media professionals as antagonistic to the people.

Globalization and global elites are also a target. For example, in the party’s membership magazine, VB leader Tom van Grieken criticized the UN’s Migration Pact as indicative of a wider problem:

These disconnected globalist elite do not stand alone. Because ivory towers don’t only stand in New York. They also stand in Europe. They also stand in Brussels…The one group is the left side—who eagerly welcome all these new foreign voters—and the other group are the neo-liberals who see this new wave of immigrants as an army of new cheap workers. These two groups get along so well that a clear new political fault line has been created. Namely on one side, left multiculturalists and liberal globalists (united in a coalition against our people) and on the other side patriots, the nationalists that defend ordinary people” (VB Magazine, January 2019).

With the increasing electoral power of the Vlaams Belang, sub-state nationalism becomes one part of the movement. However, it is clear that Flemish autonomy from the Belgian state is interwoven with an anti-elite search for autonomy from broader local and international “elites” who are portrayed as corrupt, anti-democratic, and in opposition to the Flemish volk (people).

Just as the Flemish people are pitted against these elites, Flemish culture is pitted against a “liberal” or ‘left wing’ culture which is seen as being diffused through the media and education. The Vlaams Belang and the N-VA have both advocated the cutting of cultural subsidies, particularly for new or emerging projects. The parties were accused by left-wing Flemish counterparts of targeting funding that would support artists not engaging in ‘traditional’ Flemish art or working with Flanders’ migrant communities. One VB Parliamentarian, Klaas Slootmans, said, “We back the [N-VA led] government if it wants to cut back on experimental art that is good at spitting in the face of the Flemish.”

The Vlaams Belang’s cultural nationalism has been supported by identitarian messages. The identitarian movement is concerned with the defence of a particular “European” identity based on an imagined historical cultural landscape which was homogenous. Identitarian groups describe migration as a “replacement” of white Europeans with migrants and particularly criticize Muslim migrants. The movement is characterized by the use of social media and YouTube, and by a purposeful ambiguity about its goals.

The identitarian approach to Flemish nationalism has been spearheaded by VB MP Dries van Langenhove, who founded the right-wing Flemish youth group Schild en Vrienden (Shield and Friends). He has promoted a nostalgic nationalism, as in this March 2019 interview:

The feeling of guilt that has been fed to us since May 1968, and that every European has been carrying since World War Two may well push Europe into the abyss definitively…it ensures that citizens everywhere in Western Europe no longer put their country and people first.

Vlaams Belang politicians use the language of “making Flanders great again” and supported Donald Trump. Party leader Tom van Grieken tweeted, “The rise of Trump is not an isolated phenomenon. In Europe too, more and more voters want real change.”

In his work on “master frames”, Jens Rydgren showed that the radical right messaging of the 1970s and 1980s did not emerge independently in each European country. Rather, it diffused transnationally, particularly from France’s Front National. The VB’s founding members had a close relationship with the FN and adopted the master frame. The current identitarian messages and outreach to the Trump movement shows that this transnational diffusion of radical right nationalist narratives continues today.

But ultimately, it is the Vlaams Belang’s particular brand of nationalism which is on the rise in Flanders. In an October poll, the VB gained 27.1% of the support compared to the N-VA’s 22.2%. The party’s populist narratives link Flemish autonomy with a wider search for autonomy from globalization, and the expanded scope of Flemish nationalism is also in the Flemish Movement’s promotions of different forms of cultural nationalism and nativism.