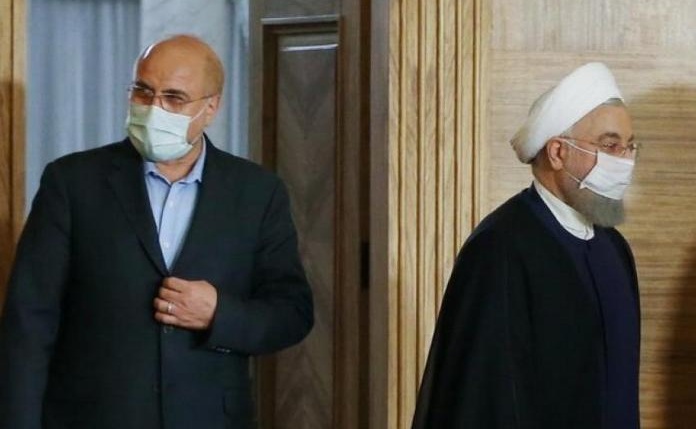 Iran’s Rouhani Government is in a heated clash of words with Parliament Speaker Mohammad Baqer al-Qalibaf over the handling of the country’s economic crisis.

First Vice President Eshaq Jahangiri accused Qalibaf of ignorance, after the Speaker told Parliament on Monday that customs duties should be increased to generate revenue.

Jahangri said, “Some say we should increase customs resources. Whoever says this shows that they have not the slightest knowledge of the economy. Such accounts will increase the price of all goods across the country.”

He added that the cost of the customs income would be “a staggering increase in the price of all commodities”.

The row intersects with a Parliamentary motion, adopted on October 28, for the Government to provide subsidies for essential goods to about 60 million of Iran’s 82 million people. The Government responded that the motion does not provide funding for the measure.

On Sunday, the Guardian Council declared the Parliamentary action invalid because of the lack of finance.

Vice President Mohammad Baqer Nobakht, the head of the Plan and Budget Organization, also assailed Qalibaf over his comments.

The Speaker told Government officials that Iran’s problems in housing, customs, and prices “depended on” the situation in the capital Tehran and “not on Georgia, Michigan, and Arizona”.

Nobakht knocked back Qalibaf’s reference to the US Presidential election by emphasizing that the Government’s foreign exchange earnings had fallen “from hundreds of billions of dollars to several billion dollars”, amid a reduction of 60% to 95% in trade with top customers such as China, Turkey, the Gulf States, and India.

Central Bank Governor Abdol Nasser Hemmati, added that the Bank “did not look to the outcome of the US election” and “nobody should drag it into political and marginal issues”.