What Conflict of Interest? How Trump Made Millions From The Presidency 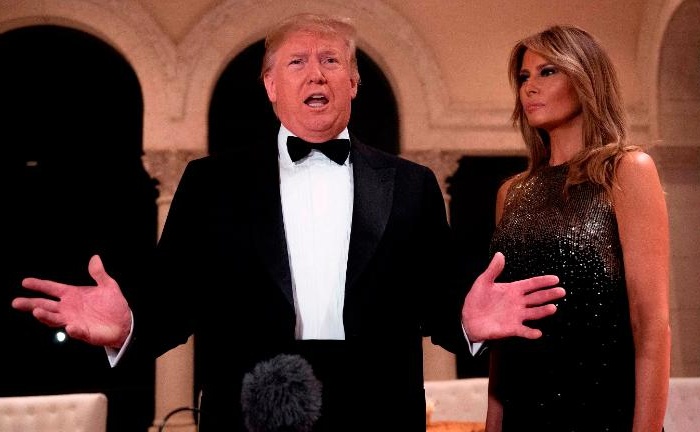 The New York Times documents how Donald Trump, flouting regulations over conflict of interest, has made millions of dollars from his occupancy of the Presidency.

In the latest revelations from Trump’s tax returns and business records, the Times sets out how more 200 companies, special-interest groups, and foreign governments patronized Trump’s properties while receiving benefits from him and the Administration. Almost a quarter of the connections have not been previously disclosed.

The revenues, in return for Government favors, have helped Trump — a self-declared “billionaire” — cover hundreds of millions of dollars in losses. He has personal loans of more than $400 million due within the next four years.

Sixty customers alone brought almost $12 million to Trump and his family business in 2017 and 2018.

Patrons at Trump properties included foreign politicians, Florida sugar barons, a Chinese billionaire, and a Serbian prince. Contractors seeking billions in Federal contracts and both fossil fuel interests and clean-energy enthusiasts are also on the list.

Trump attended 34 fundraisers at his hotels and resorts that brought in $3 million to the properties. He would line up donors to ask what they needed from the Administration.

Trump has visited his resorts and hotels on almost 400 days since his inauguration.

In March, a Tennessee real estate developer who made a large donation to the inauguration, and who wanted billions in loans from the Administration, met Trump at his Mar-a-Lago resort in Florida.

The next month, with the Mar-a-Lago ballroom filled with Republican donors, an Indian-born industrialist from Illinois urged Trump to tweet about easing immigration rules for highly skilled workers and their children.

Later that month, in the club’s dining room, the president wandered over to one of its newer members, an Australian cardboard magnate who had brought along a reporter to flaunt his access. Mr. Trump thanked him for taking out a newspaper ad hailing his role in the construction of an Ohio paper mill and box factory, whose grand opening the president would attend.

White House spokesman Judd Deere maintained Trump had “turned over the day-to-day responsibilities of the very successful business he built” to his two adult sons Donald Jr. and Eric.

He insisted, “The President has kept his promise every day to the American people to fight for them, drain the swamp and always put America first.”

The Trump Organization did not respond to repeated requests from The New York Times for comment.