China and the EU in Africa: Clash or Convergence? 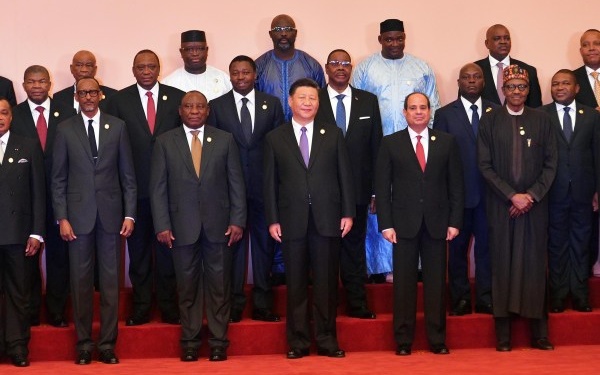 China’s Xi Jinping with African leaders at the Forum for Africa-China Cooperation, September 2018

In March, the European Union Commission set out its vision for a renewed and
intensified strategy with Africa.

Strengthened relations would be based on an expansive list of “respective and mutual interests”, such as “ensuring access to sustainable energy and protecting biodiversity and natural resources” and“promoting universal values, human rights, democracy, rule of law and gender equality”. Partnership would be a project of political integration based on liberal and democratic civic values. The EU’s foreign policy chief Josep Borell set the ambition of “a better world based on a rules-based international order”.

China sees the future differently. In August in Zimbabwe, a country in the midst of political crisis, a spokesperson for the Chinese Embassy used a scathing attack against African journalist Tawanda Majoni to declare, “Mutual respect for each other’s sovereignty, non-interference in each other’s internal affairs, equality, and mutual benefit are the fundamental principles governing China’s relations with Zimbabwe.”

Since the inception of FOCAC in 2000, China has steadily built its bilateral trade and relations with Africa to fuel its rapid economic growth and elevate its international standing. This has raised EU concerns over its eroded bargaining power and clashes between the two powers.

Is a reconciliation of the differing approaches to the African continent possible?

While the EU Commission put forward an initiative for trilateral EU-China-Africa cooperation in 2008, little of substance has come of it since. However, recent developments have pointed to the need to kickstart talks: the growing tensions; an upcoming agreement between the EU and the African, Caribbean and Pacific group; and the COVID-19 pandemic indicate important decisions will need to be made in the coming months.

The View From Europe

Despite increasing competition, the EU also remains Africa’s biggest investor in both stock and flows, as well as in greenfield investments. In 2016, the bloc accounted for 40% of FDI stock in Africa. However, China’s involvement in the continent is catching up quickly, with the EU struggling to respond accordingly due to internal divisions.

A particular area of concern for the EU is international development, long central in EU-African relations. Those wary of China’s involvement point to instances in which Beijing’s actions directly contradicted those of Europe and the international community at large. One
example is Angola, which in 2004 turned down IMF loans with attached requirements for transparency measures, in favor of an unexpected unconditional offer of $2 billion from the
Chinese Eximbank.

But other officials note that traditional donors, such as the EU, rarely compete directly with China, as the two actors are largely operating within different sectors. They also suggest that the EU’s faltering relevance on the continent is more directly attributable to the failings of its own development regime, rather than to China strategy.

China also poses political challenges for the EU, with tensions around migration from Africa and the Middle East already hurting the EU’s universalist human rights narrative. Beijing’s development narrative of a third-world country turned global superpower is more attractive to African governments, in contrast to claims of paternalistic EU approach.

The EU is hoping to adjust its strategy to emphasize economic partnership over aid, including through the upcoming follow-up to the 2000 Cotonou Agreement with the ACP states.

The Agreement has long been a source of discontent and frustration for African states.
Originally set to expire in February this year, the deadline has been pushed back to
December as negotiations seek to address the asymmetry in the EU-African dynamic. But if the agreement is complete, its implementation will be a matter for further attention.

The usual perception of China’s role in Africa sees it as a resource-hungry, neo-colonialist
power, solely looking to gain access to oil, gas and minerals while opening up African
markets for the benefit of Chinese enterprises.

There is some truth to this. China’s rapid economic growth since the 1980s has required a large inflow of natural resources. The majority of Chinese aid to Africa is managed by the Eximbank, whose central mandate is ultimately to bolster Beijing’s economy and promote domestic growth.

Since the launch of its Belt and Road Initiative in 2013, China has greatly diversified its sources of natural resources, particularly oil. While certain African countries such as Angola and the Democratic Republic of Congo still export vast amounts of oil to China ($22.7 billion and $5.54 billion respectively in 2019), the majority of Chinese imports come from Russia and MENA countries, with Moscow overtaking Saudi Arabia as China’s top supplier earlier this year.

Unlike the previous colonial efforts of traditional European actors, China’s current approach is far more inward-facing and less integrated with African political affairs. Though disruptive in some aspects, China’s political ambitions on the continent have more to do with domestic political gain. For example, Beijing has used its renewed presence on the continent to court African states to support its One China policy vis-à-vis Taiwan.

The COVID-19 pandemic has brought an unexpected domestic challenge to China’s diplomatic project in Africa. In April, African residents in the city of Guangzhou became the targets of racism both by the public and by local authorities. Reports caused outrage in Africa, and the scandal has continued to sour African public opinion even as China’s aid to Africa during the pandemic may have eclipsed that of the EU.

China still relies heavily on its relatable development narrative in Africa. To keep that advantage, it must work quickly to win back the hearts and minds of the African public.

The (Forgotten) Role of Africa

While perceptions in the West of China’s presence in Africa remain negative, Afrobarometer surveys suggest that, over the years, the African public’s opinion of China has remained relatively positive. In 17 out of 19 countries surveyed in 2008, China’s impact on respective countries was already more readily visible than that of the EU.

The views of African publics thus need to be considered, including whether they see the EU and China as similar or different yet compatible. The perceptions of non-state actors, such as entrepreneurs and traders, are also significant: in the case of Nigeria, national entrepreneurs living in China have been instrumental in establishing connections between Chinese and Nigerian businesses, while local Nigerian industries have proven adept at using the state to put pressure on competing Chinese enterprises.

The capacity of African states for influence varies drastically from one state to another. Smaller economies on the continent tend to have less access to Chinese connections and European markets, and instead rely more on their larger regional neighbors.

A greater push for regional integration and pan-Africanism through institutions such as the
African Union is considered by many to be the best way forward. This approach would increase the bargaining power of both larger and smaller economies, and distribute the benefits of bilateral relations and ensure sustainability more effectively. Regional integration would enhance Africa’s role as a political and economic partner to the EU and China, as opposed to being only a recipient of aid, and make it more capable of mediating the differences between Chinese and European strategies.

While regional integration is supported by both the EU and China — the EU allocated €845
million to their pan-African program between 2014 and 2020 and is the biggest contributor to the African Union — barriers remina.

EU Economic Partnership Agreements with larger African economies have been a barrier to integration with smaller economies, and there are concerns about communications with the African Union under the post-Cotonou Agreement. China’s insistence on maintaining bilateral rather than multilateral debt relief negotiations during the COVID-19 pandemic has undermined the role of the AU as a mediator for the continent.

Nonetheless, significant progress has been made in recent years. The adoption in 2013 of the Agenda 2063 and the creation of the African Continental Free Trade Area, currently ratified by 26 countries and set to commence in January 2021, are evidence of a
boldening pan-African ambition. The AfCFTA will make Africa the home of the world’s largest free trade area, potentially boosting intra-African trade by 52.3%, according to the UN Economic Commission for Africa.

In the coming years, the African continent may achieve its ambition of becoming a major global actor. On that path, the role of mediator between the EU and China, while representing the interests of African states, can only be occupied by those states themselves. So clash or convergence between the outside powers on the continent is likely to come down to the ability of Africa to step into this role. 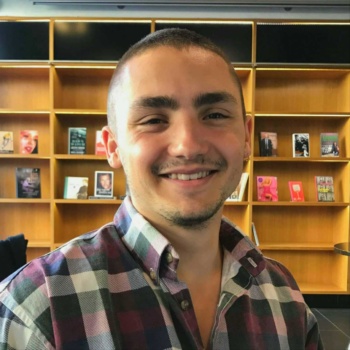