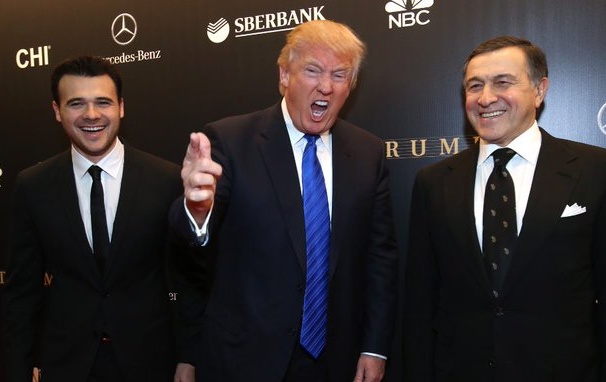 A Trump tweet from 2012 calling on a US President to pay more in Federal tax:

In fact, Barack Obama paid almost $1.8 million in taxes in 2009, his first year as President.

The campaign of Democratic Presidential nominee Joe Biden has compared Donald Trump’s $750 Federal tax payment in 2017 with the taxes paid by teachers, firefighters, and nurses.

Rep. Alexandra Ocasio-Cortez has noted Trump’s claim of a tax deduction on more than $70,000 on hair treatments, classified as a business expense:

Last year Republicans blasted a firehose of hatred + vitriol my way because I treated myself to a $250 cut & lowlights on my birthday.

Where’s the criticism of their idol spending $70k on hairstyling?

This is about more than one man's personal tax scams. Donald Trump is a liar, a cheater, and a crooked businessman, yes. But he's also taking advantage of a broken, corrupt, and unequal system that’s built for people like him to do what he did.

Self-declared “successful businessman” Donald Trump lost hundreds of millions of dollars, as he avoided federal taxes for most of the period from 2000 to 2017.

Trump was rescued from financial collapse by reality TV stardom as host of The Apprentice, but may have compromised himself with foreign powers — including Russia, which intervened in the US Presidential election in 2016 on his behalf — through business deals.

The revelations are in more than two decades, up to 2017, of Trump’s tax returns and those of the companies that make up the Trump Organization. They were obtained by The New York Times after Trump’s refusal since 2016 to release them.

*Trump paid no income taxes at all in 10 of 15 years before he became President, including the entire period from 2011 to 2014.

Trump has fought for a decade to avoid an audit by the Internal Revenue Service over the refund.

*After filing bankruptcy at least six times, Trump was rescued by The Apprentice, which first aired in January 2004. He received $427.4 million from the program and from the licensing and endorsement deals that it brought.

*Trump invested much of that money in golf courses and other businesses which have reported losses of hundreds of millions of dollars.

*Within the next four years, obligations for more than $300 million in personal loans will be due.

*Trump’s revenues from The Apprentice and licensing deals is diminishing, and he has sold nearly all the stocks that could help him cover losses.

*Before and during the Presidency, Trump has reaped profits from links with foreign states and businessmen connected to leaders such as Russia’s Vladimir Putin.

In 2013, Trump made $2.3 million from the staging of the Miss Universe pageant in Moscow. The payoff was made possible in part by billionaire Azerbaijani-Russian tycoon Aras Agalarov, with close connections to the Kremlin. In June 2016, Agalarov would set up a meeting between Russian operatives and Trump campaign officials, including Trump’s son Donald Jr., son-in-law Jared Kushner, and campaign manager Paul Manafort.

*Trump’s Presidency has also enabled him to strike domestic deals which point to a conflict of interest with his businesses. The roofing manufacturer GAF spent at least $1.5 million at a Trump golf resort in Florida as it lobbied the Trump Administration to roll back regulation. The Billy Graham Evangelistic Association paid almost $400,000 for an event at Trump’s hotel in Washington DC.

*Trump avoided taxes by declaring about $26 million in “consulting fees” between 2010 and 2018. Some of those fees may have gone to his daughter Ivanka.

Covering Up More Than $1 Billion in Losses

The revelations are likely to renew pressure on Trump to offer some information over his finances, tax status, and conflicts of interest between his businesses and his public office.

In 1973, The Providence Journal discovered that President Richard Nixon paid less than $800 on income of about $200,000. The ensuing furor led to Presidents and Presidential candidates pledging to make their tax returns public, although there is no legal obligation to do so.

In 2014, Trump answered, “I would love to do that,” when asked if he would release tax returns during a Presidential campaign.

But two years later, he said, “It’s very complicated.” Having once said that he would only give information if Barack Obama released his birth certificate, he then set the condition that Hillary Clinton must provide e-mails from her private computer server.

And he covered his refusal to release his returns with the boast that it showed how “smart” he was by cheating the US system.

While in the White Office, Trump has said that he cannot provide the tax records while under audit — an excuse rejected by the IRS Commissioner. He has used Justice Department lawyers to hold out, all the way to the Supreme Court.

Trump’s dogged resistance has enabled him to cover up the massive scale of his losses, even as he insisted that he is worth more than $10 billion.

Three pages of his 1995 tax returns, sent to The New York Times in 2016, showed Trump’s declaration of $915.7 million in losses. Two pages of 2005 tax returns, after Trump began hosting The Apprentice, pointed to a profit with Trump paying some taxes.

However, Trump soon risked any stability by pouring hundreds of millions of dollars into golf courses, reporting losses of $315.6 million since 2000.

Two courses in Scotland and one in Ireland have reported a total of $63.6 million in losses.

The Trump Corporation, a real estate services company, has lost another $134 million since 2000, and his prized Trump Hotel in the former Government Post Office building in Washington DC is also in the red.

Trump now faces a $100 million mortgage payment in 2022 on Trump Tower in New York City. The struggling Trump National Doral golf resort owes $125 million and has asked Deutsche Bank for an extension on the payment. His Washington hotel faces a mortgage demand for $160 million.

Trump gave his standard deferral for any release of records, “When they’re not [under audit], I would be proud to show you. But that’s just fake news.”

After midnight, he tweeted from The White House:

Alan Garten, the Trump Organization’s chief lawyer, initially claimed that “most, if not all, of the facts appear to be inaccurate”. But after The Times, protecting its sources, refused his request for their documents, Garten only challenged the amount of taxes that Trump has paid.