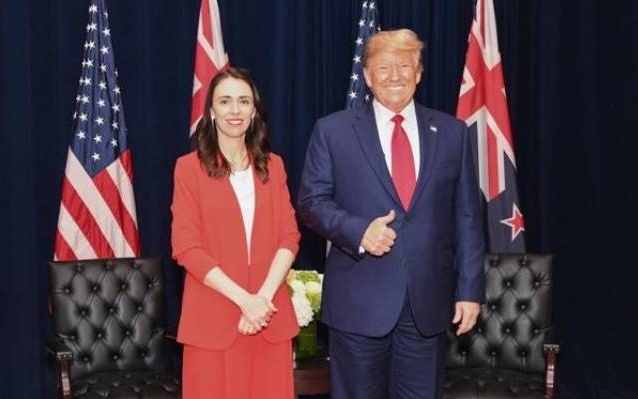 I spoke with talkRADIO’s Alastair Stewart on Monday about politics from the US to New Zealand, contrasting the “political virus” of Donald Trump’s denial and disinformation with the “political vaccine” of New Zealand Prime Minister Jacinda Ardern’s effective handling of the crisis.

We begin with the latest in the US Presidential campaign, setting Trump’s rhetoric against the call for responsibility and leadership from Democratic candidate Joe Biden. Can Trump still cling on to office?

Two options for the Trump camp: they are trying the Hail Mary of a story, which could be Russian disinformation passed on by Trump’s attorney Rudy Giuliani, that Joe Biden has a corrupt son named Hunter. We saw Giuliani try this in 2019, which led to Trump’s impeachment.

Then, if Trump only loses this election by a small margin, he’ll hope for voter suppression.

Then we summarize the historic election victory of Ardern and her Labour Party, looking at the reasons for the Government’s effective response from the Christchurch mass killing in March 2019 to a pandemic which has only taken 25 lives in the country of 5 million people.

This is a kind and responsible leadership — and she has achieved this without the animosity we see in public discussions elsewhere, but with people across New Zealand pulling together.

A Victory in New Zealand for A Progressive and Kind Politics