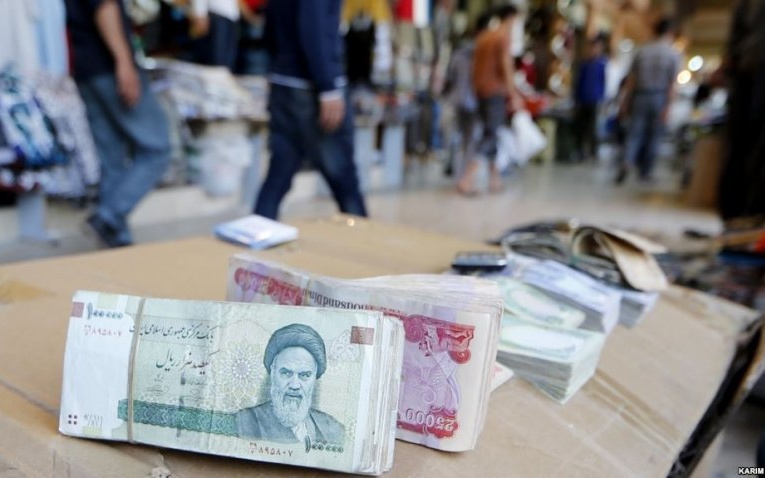 Days after a warning by its head, Iran’s Central Bank is pumping foreign reserves into the market to bolster the plunging currency.

The intervention, the extent of which is unknown, started on Monday. By Tuesday afternoon, the rial had recovered to 288,000:1 v. the US dollar, compared to 322,000 last Thursday.

The Central Bank has periodically put foreign currency into the markets since the rial hit a historic low of 45,000:1 v. the dollar in early 2018. The interventions have brought immediate rebounds, and for months the rial settled at 150,000:1.

But the currency has sunk almost 50% from that position since March.

ORIGINAL ENTRY, OCT 16: As the Iranian currency sinks to new historic lows, the Central Bank Governor warns, “In the next three weeks, the pressure on Iran is to increase.”

Hemmati said, “We have informed Iranians that the risk in the domestic foreign exchange market is very high and that other things may happen.”

His statement pointed to Tehran’s hope that Donald Trump’s loss in the November 3 US Presidential election may loosen the US sanctions vise on the Islamic Republic.

Despite failing to get support for renewed UN sanctions, the Trump Administration has expanded restrictions on Tehran this month, adding another 18 Iranian banks to the financial blacklist and warning foreign companies that they will be punished if they trade with Iran.

On Monday, the Supreme Leader effectively admitted damage from the “maximum pressure”: “Only reprobates like [Trump] take pride in committing crimes against a nation.”

The International Monetary Fund is projecting that Iran’s total exports, covering both oil and non-oil sales, will fall to $46 billion this year compared to more than $100 billion before sanctions.

The IMF estimated that Iran’s foreign exchange reserves will decline from $104 billion in 2019 to $85 billion this year and $69 million next year. Hemmati said tens of billions are frozen in other countries.

But Tehran has failed to get between $6.5 billion and $8 billion out of South Korea. And on Wednesday, Iranian Foreign Minister Mohammad Javad Zarif phoned his Japanese counterpart over the “need to release Iran’s blocked assets in this country”.

“Even countries that have good relations with Tehran cannot cooperate with us under US pressure,” Hemmati complained.