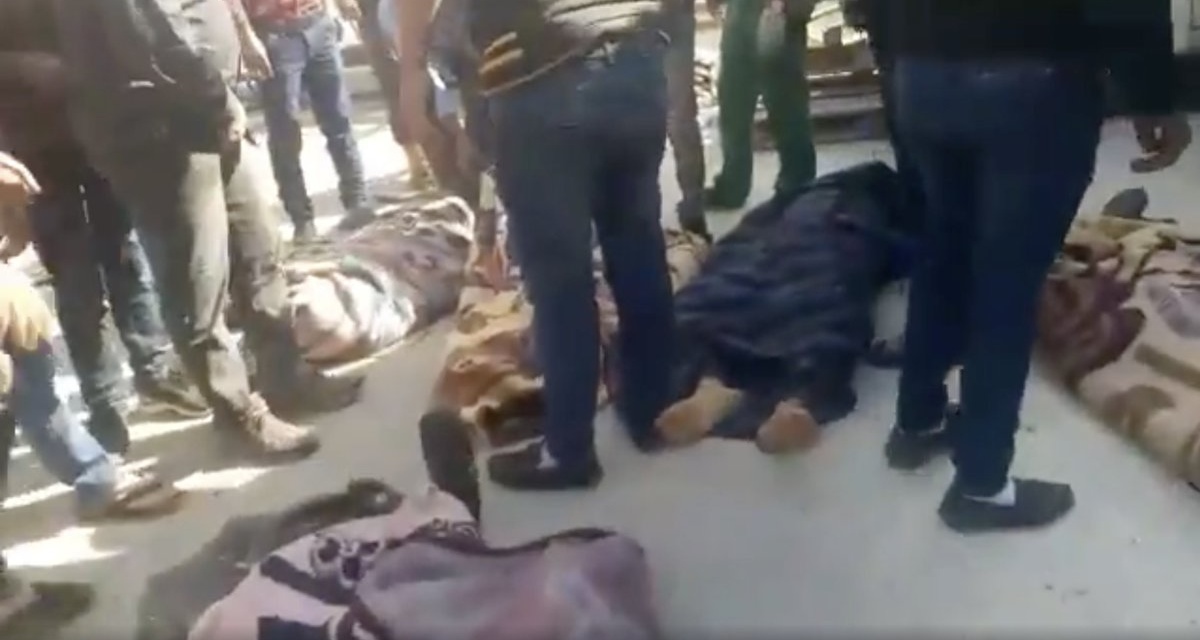 Pro-Assad strikes killed 56 fighters in an opposition headquarters on Monday in northwest Syria, in one of the most serious violations of a ceasefire in place since March.

Local sources said the warplanes attacked the camp of the Faylaq al-Sham faction of the Turkish-supported Syrian National Army in Idlib Province, about 10 km (6 miles) from the Turkish border. Another 100 figherrs were wounded, with search operations ongoing.

The attack was preceded on Sunday by overflights of Russian Su-35 jets and drones.

Russia has attacked the HQ of Faylaq al-Sham, Turkey's favorite armed group in Idlib, and the leading faction of the NLF of the SNA.

Faylaq al-Sham is also present in the Astana process and the constitutional committee.

Claims that up to 50 Faylaq members died in the attack. pic.twitter.com/lQxU8yCCBh

On Friday night a fuel market in northern Syria was bombed, with pro-opposition activists pinning responsibility on Russia.

Despite agreeing the ceasefire with Turkey in March, halting an 11-month Russian-regime offensive that killed about 2,000 civilians and displaced 1.4 million, Russia has periodically bombed targets in Idlib and western Aleppo Provinces. The Assad regime has continued shelling inside Idlib, and there have been clashes between pro-Assad and anti-Assad forces in the south of the province.

Russian and Syrian State media have not reported on the incident. However, the pro-Assad blog Al Masdar — drawing on the Russian outlet Anna News — boasts of “a devastating attack” with no justification for the breaking of the ceasefire.

Pro-opposition journalist Oubai Shahbandar connects the attack with the escalating Azerbaijani-Armenia conflict over the Nagorno-Karabakh region, in which Ankara is backing Azerbaijan:

Undoubtedly meant to send a political message, especially taking into account the Russian cruise missile attack on Jarablus, so close to the Turkish border, the other day.

The site of the attack: