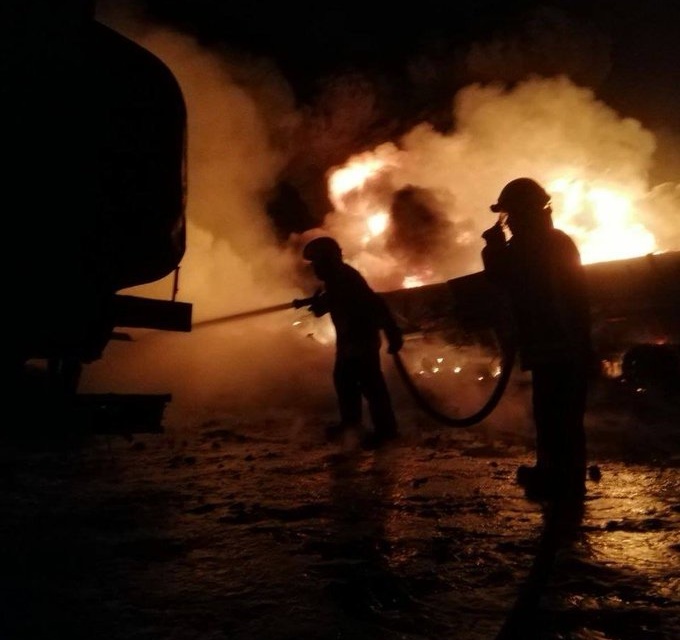 White Helmets civil defense try to extinguish a fire caused by bombing of a fuel market near Jarablus in northern Syria, October 23, 2020

A fuel market in northern Syria has been bombed, with pro-opposition activists pinning responsibility on Russia.

The market near Jarablus, near the Turkish border, was attacked on Friday night. The White Helmets civil defense reported casualties and a search for missing victims.

One dead, 6 wounded, and a number of people missing so far, as a result of the fires raging in the fuel market in #Jarablus area in #Aleppo, following unidentified explosions so far. Our teams are still on the scene, working to put out the fires and search for the missing. pic.twitter.com/zSN0icvFcU

Opposition media and activists claim that the Russian military struck the refineries with three long-range missiles fired from the Hmeimim base in western Syria.

#Syria: #Russia bombed tonight the fuel market in a village in the #Jarablus countryside (Turkish-held N. #Aleppo). Not the first time, but tonight there are massive fires & at least 20 casualties. https://t.co/XbzFB3PUFH pic.twitter.com/vAAqdMegIG

The Russian military has not commented on the attacks.

Last November, refineries in three villages near Jarablus were bombed, killing three people. A large part of the refineries was put out of service by the attacks.

The refineries started as primitive operations trying to supply the opposition area of northwest Syria, even as it was being bombed and besieged by pro-Assad forces. Mainly located in northern and eastern Aleppo Province, they have been developed as fuel stations under the control of the Turkish-supported Syrian National Army.