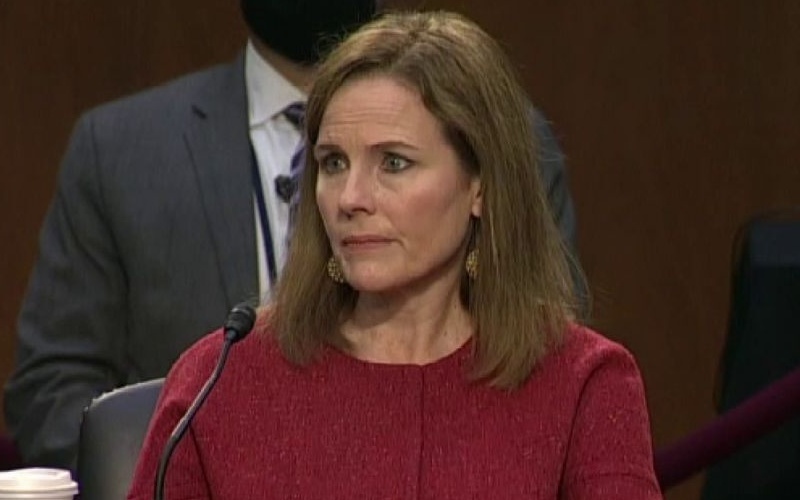 Judge Amy Coney Barrett, on an unprecedented fast track to Supreme Court confirmation, used evasion and pleas of ignorance over difficult questions during the second day of Senate Judiciary Committee.

Democrats focused on Barrett’s public statements, which point to her undermining ObamaCare and overturning Roe v. Wade — the landmark 1973 Court decision legalizing abortion — if she becomes a Justice.

Sen. Kamala Harris, the Democratic Vice Presidential candidate, asked Barrett: “Prior to your nomination, were you aware of President Trump’s statement committing to nominate judges who will strike down the Affordable Care Act? And I’d appreciate a yes or no answer.”

Barrett denied any knowledge of Trump’s high-profile declarations: “I don’t recall hearing about or seeing such statements.

The judge also could not remember signing a petition in 2006, featured in a newspaper advertisement, calling for the reversal of Roe v. Wade.

With Barrett almost certain of confirmation because of the efforts of Senate Majority Mitch McConnell, I chatted with Monocle 24’s Georgina Godwin about the significance of the statements — and about Trump’s hope for her support if he defies the outcome of the November 3 Presidential election: “How dangerous is this for the future of democracy?”