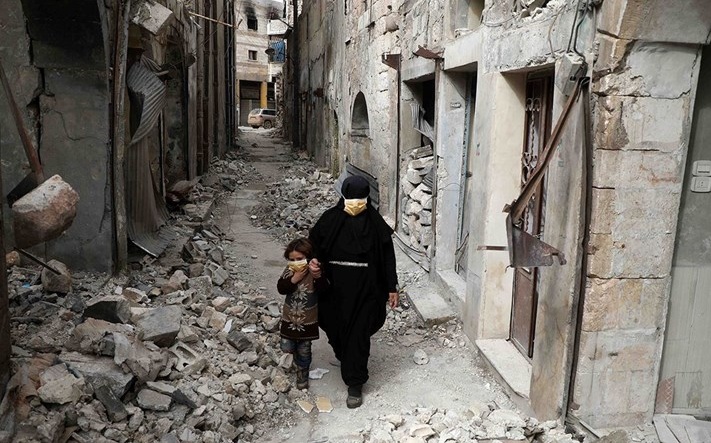 A woman and her daughter walk on a rubble-filled street in Ariha in southern Idlib Province, northwest Syria, April 5, 2020 (Aaref Watad/AFP/Getty)

The EU Council announced the latest restrictions on Friday over the regime’s “violent repression of the Syrian civilian population”.

The EU is now blacklisting 280 people and 70 entities connected with the regime. Those on the list are subject to a travel ban and an assets freeze.

Citing crimes against humanity, the EU has also banned the regime’s import of oil, restricted certain investments, frozen the Syrian Central Bank’s assets, and restricted equipment and technology that can be used for internal repression or surveillance.