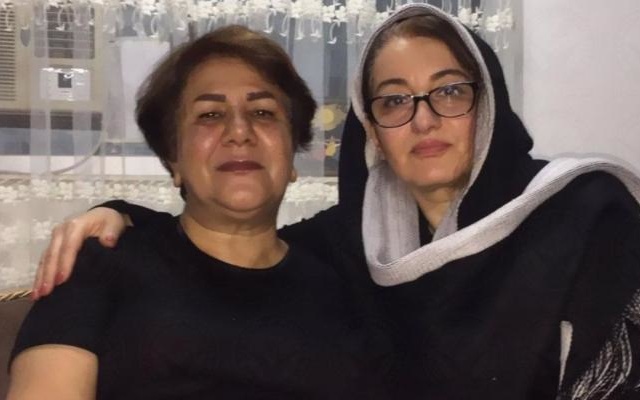 Iran’s authorities have imprisoned two more women who signed an open letter calling on the Supreme Leader to step down.

Shahla Jahanbin and Shahla Entesari were summoned by a telephone call on Wednesday to a Revolutionary Court in Tehran’s Evin Prison.

Each was sentenced in October 2019 to four years and two months in prison, with a two-year ban on membership in parties and political and social groups.

Their prison terms have been reduced to 33 months for being mothers and “for the defendants’ decision to refrain from contesting the verdict”.

“No To the Islamic Republic”

The letter calling for the Supreme Leader’s resignation was published in August 2019, with signatures by 14 civil and political activists.

“Four decades of this theocracy have eliminated the rights of half of the country’s population,” the activists wrote. “We are determined to continue our combat until victory through civil and non-violent measures. Like other pioneers, we go ahead by chanting ‘No to the Islamic Republic.”

They called for “civil and non-violent measures” to leave behind “this anti-women system” and to write a new Constitution.

Giti Pourfazel and Zahra Jamali were also sentenced to four years and two months in prison and the two-year ban on political and social actvity.

Pourfazel, an attorney, said at the time of the letter that “20 million other Iranian women could count themselves as the fifteenth signatory.”

Pourfazel is free on bail of about $120,000 but Jamali is still in Evin Prison.