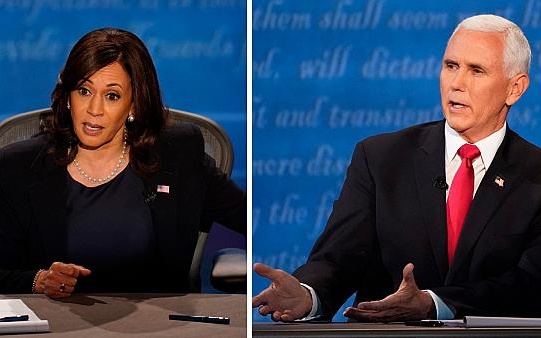 In an interview with France 24’s Sanam Shantyaei on Thursday afternoon, I explain why the Democratic ticket of Joe Biden and Kamala Harris gained more from Wednesday’s Vice Presidential debate.

While both candidates put in solid performances, Harris established the key headline with her case against the Administration’s handling of Coronavirus.

That — added to the Biden-Harris lead in both national polls and in key swing states — reinforced their advantage going into the last four weeks of the campaign.

I also point out the most concerning moment in the debate:

Unless Joe Biden wins by 8% to 10% in the national vote and the Electoral College by, say, 400-138, Donald Trump will immediately move for legal action to declare mail-in ballots fraudulent.

Now they’re not, that’s disinformation. But he will hope to tie this up for months, taking to the Supreme Court.

The most disturbing thing last night? Mike Pence not only refused to call out Donald Trump and say this is inappropriate. Mike Pence ended up supporting Donald Trump by repeating the lie about mail-in ballots.