Where Are Syria’s Citizen Journalists Now? 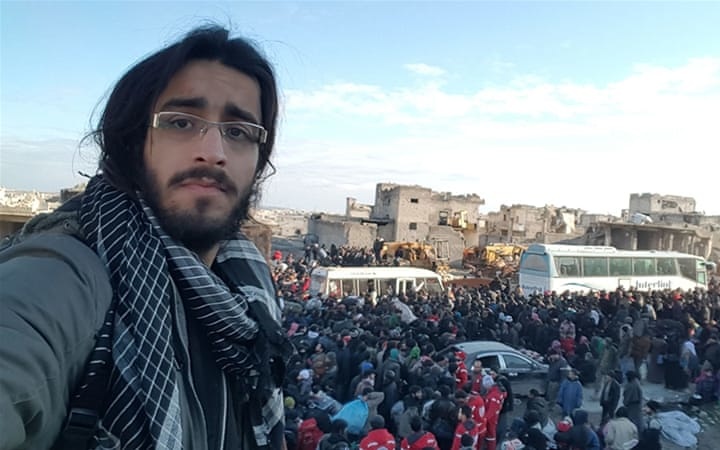 Syria’s 114-month conflict has demonstrated the importance of citizen journalists. With news agencies constrained by the restrictions of the Assad regime and the threat to reporters’ security throughout the country, much of the coverage has come from volunteers taking up the obligation to bring the story to the world of Syrians’ quest for rights and justice — and of how that quest has been met with violence killing hundreds of thousands and displacing more than 11 million.

These volunteers trained themselves on the ground for first-hand coverage, interviews, photographs, and videos of the mass uprising and the deadly violence that repressed it. Their efforts came at great cost: between March 2011 and May 2019, 695 journalists were killed. Others were permanently wounded; detained and tortured, often to death, in regime prisons; or forced to leave the country with no prospect of return.

My options were to carry a gun or to carry a camera and document the voices of these people… all we wanted was freedom and not to be harassed and hurt. We just wanted our very basic rights.

Seofi, whose father was a political detainee, was 19 when he bought his first camera in 2013. Five years later, he covered the final resistance in the East Ghouta regime near Damascus, as a Russian-regime siege and offensive killed thousands of civilians in conventional and chemical attacks.

So many people died. People who I didn’t expect to die, died. I lost all of my neighbours who I filmed. About 23 people, one of them a child. And people that I expected to die, didn’t die.

He was among the tens of thousands of civilians forcibly transferred to northwest Syria. But his money was stolen; his brother was held ransom by hardline Islamists; his wife had a miscarriage and he was threatened with arrest for being an atheist.

But he was able to compile some of his footage in a film, Douma Underground, shown in festivals across the world.

I felt pressured because thousands of people had gone in front of my lens and I felt the responsibility and pressure that they are holding me accountable and I needed to get their stories out.

Seofi is now in Turkey, but living near an airport, he is scared each time he hears an airplane. The sound reminds him of Russian-regime bombing.

He thinks of his family, still in Afrin in northwest Syria: “I just dream of a free and democratic Syria where everyone lives peacefully.”

Hammadi worked as a correspondent for the site Focus Aleppo, covering events in the city where he was born.

He wrote about Syrian women forced to marry Islamic State fighters. Many committed, others escaped to Turkey: “Some women have told me outright that they were victims of sadism.”

Hammadi researched the women and about 17,000 childrened, unregistered by any Syrian authority, in camps.

He was seized by the hardline Islamist bloc Hay’at Tahrir al-Sham and held for four days in Harem Prison, accused of working with the US.

Focus Aleppo stood by him and supporters were demanding his release, outside the prison and on social media.

[Hay’at Tahrir al-Sham] fear the media. The Aleppo Revolutionary Council organized the campaign, since I am from Aleppo, and they had a legal team and whenever they asked about me, the prison would say I wasn’t there and I was beaten….

I said if you kill me, my wife and children would be okay. Any organisation helping orphans would help them. They would get more money than what I can provide.

He was finally released, and the prison administration invited him to a restaurant.

“I refused to go, I had just been with prisoners who were starving, fed as much as a young child would eat. I just asked to be dropped off at the nearest [café] for coffee and smokes,” Hammadi recalls.

Al-Dali began reporting at the age of 19, going undercover to watch an oil-money exchange between the Islamic State and the regime. In 2015, he reported on a battle by Jabhat al-Nusra, the forerunner of Hay’at Tahrir al-Sham: “This offended the revolution.”

Since then, he was detained and tortured by HTS, leaving a permanent back injury.

But he persisted. He cites his story about civilians disabled by the conflict in Rastan in Homs Province: “Among the cases was a handicapped [person] who might lose his life, but thanks to the aid [spurred by al-Dali’s story] he survived. My pen was saving a person’s life.”

Al-Dali is now in France: “When I remember Syria, I feel that I have been uprooted and that it is a long road to freedom, and I must return there.”

A student at the University of Sports in Hama before the uprising, Al-Omar began photographing local demonstrations in Idlib Province in northwest Syria. He reported for Radio Fresh, the station founded by his friend and civil society leader Raed Fares, who was assassinated by gunmen in 2018.

In June 2014, he fled to Turkey to avoid detention by the Assad regime. He was shot at by Turkish police and attacked by dogs, but made his way — with the help of a smuggler — to a forest in southern Turkey. But en route to Greece on an inflatable dinghy, his group was detained by the Turkish coast guard, and he was forced to return to Syria.

A father of five, al-Omar made several further attempts to leave, but Turkish authorities refused entry to his family and deported him.

His family survived in Idlib Province in a ruined house, enduring regime bombing. Eventually they were granted residence visas by France.

He is still haunted by the conflict: “When I think about Syria, I remember hundreds of my friends who were killed by the Assad regime and Russia. I feel sad and sometimes cry. I love Syria very much.”