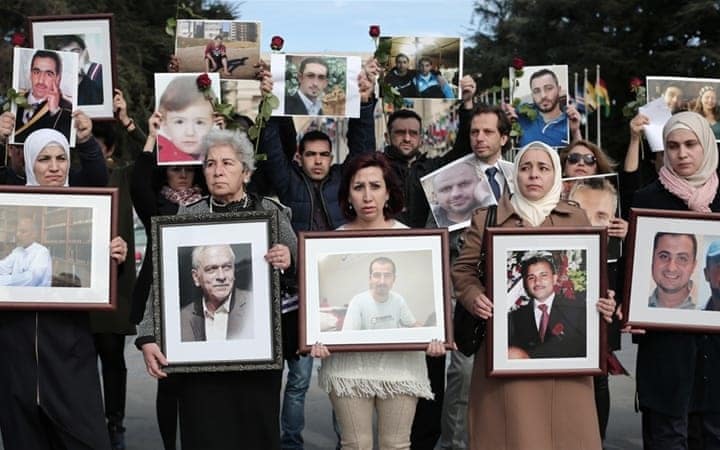 The Netherlands is preparing to file a case against the Syrian regime at the International Court of Justice.

The Assad regime has committed horrific crimes time after time. The evidence is overwhelming. There must be consequences.

The Assad regime has not hesitated to crack down hard on its own population, using torture and chemical weapons, and bombing hospitals.

The Netherlands holds Syria responsible for gross human right violations. The horrific crimes of the Assad regime cannot go unpunished. Victims must obtain justice, so we call the perpetrators to account. https://t.co/14aDoBQI9a

The Dutch Government has delivered a diplomatic note to the regime, calling on it to enter into preliminary negotiations for a resolution. If there is no agreement through talks or arbitration, the case will be submitted to the ICJ.

The step would get around a political roadblock by Russia, the essential ally propping up Syrian leader Bashar al-Assad, which has repeatedly prevented the UN Security Council from making an approach to the International Criminal Court.

The Dutch statement cited a conservative estimate of almost 200,000 Syrian civilians killed in the 115-month conflict, with 100,000 missing, more than six million displaced inside Syria, and more than 5.5 million refugees.

Blok summarized, “The victims of these serious crimes must obtain justice, and we are pursuing that end by calling the perpetrators to account.”

Ahmed Helmy, a former political prisoner who manages the detention survivor support NGO Taafi, spoke of “a step toward full justice” which would “mean that the precedent toward accountability goes beyond political decisions”.

This is “to know that what we have suffered has prevented future Syrians from being torture”, said Helmy, who endured physical and psychological torture for three years in nine different regime detention centers.

Human Rights Watch endorsed the Dutch initiative as “standing for countless victims” of the Assad regime.

Balkees Jarrah, HRW’s associate director for international justice, said, “All those, particularly governments, that have been appalled by the widespread brutality documented in Syria should publicly welcome this step and explore similar ways to assert the rule of law.”

The regime’s Foreign Ministry responded angrily on Saturday that The Netherlands was serving its “political American master”, and that “it supports and finance armed organizations in Syria which are classified by the Netherlands public prosecution as terrorist organizations”.

The Ministry offered no evidence for its claims, but declared “a maneuver to camouflage the scandals” of the Dutch Government.