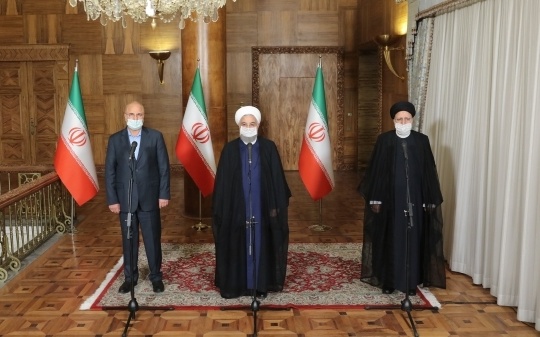 In the latest sign of Iran’s trade crisis, non-oil exports to Arab countries have fallen almost 60% between March and August.

Farzad Piltan, the Director-General of the Trade Promotion Organization’s office for Arabian and African countries, said sales dropped to $2.5 billion, compared to $6 billion for the same period in 2019.

Iraq, second to China for Iranian non-oil exports, took in only $1.8 billion from March to August. Over the five months last year, it imported $3.5 billion.

Iranian non-exports to the UAE, Tehran’s fifth-largest customer, collapsed to $310 million from $1.6 billion.

Kuwait, Syria, and Qatar together imported only $160 million and Oman bought $110 million. There were no exports to Saudi Arabia and Yemen.

Piltan blamed Coronavirus and the the “closure of Iran’s borders and suspension of trade across the region and globe”.

Iranian customs has reported a total of $10.9 billion in non-oil exports from March to August, a 40% decline from last year.

However, the customs figure included petrol sales — about $700 million from April to June — for the first time, and other figures indicate a steeper decline in exports.

Exports to Iran’s largest customer China sagged 61% between January and July to $3.5 billion.

Sales to Turkey fell 75%. They almost disappeared with India, South Korea, and Japan, declining more than 95%.

Iran Exports to India, Japan, and South Korea Plummet by More Than 95%

Iran’s economy has been battered by long-term structural problems, corruption, a fall of up to 95% in oil exports since April 2018, and comprehensive US sanctions imposed in November 2018.

On Friday, as the Iranian currency hit a new all-time low, Central Bank Governor Abdolnasser Hemmati admitted that the economy is “under the most severe pressures” and “many factors are beyond control”.

On Sunday, President Hassan Rouhani implicitly referred to the crisis in exports without acknowledging it.

He said, after a discussion with the heads of Parliament and the judiciary, “In this meeting, we talked about the issue of foreign currency and how to return non-oil export currency incomes to the country’s economic cycle.”