Coronavirus — Biden on “Lies and Incompetence” as Trump Says, “It Affects Virtually Nobody” 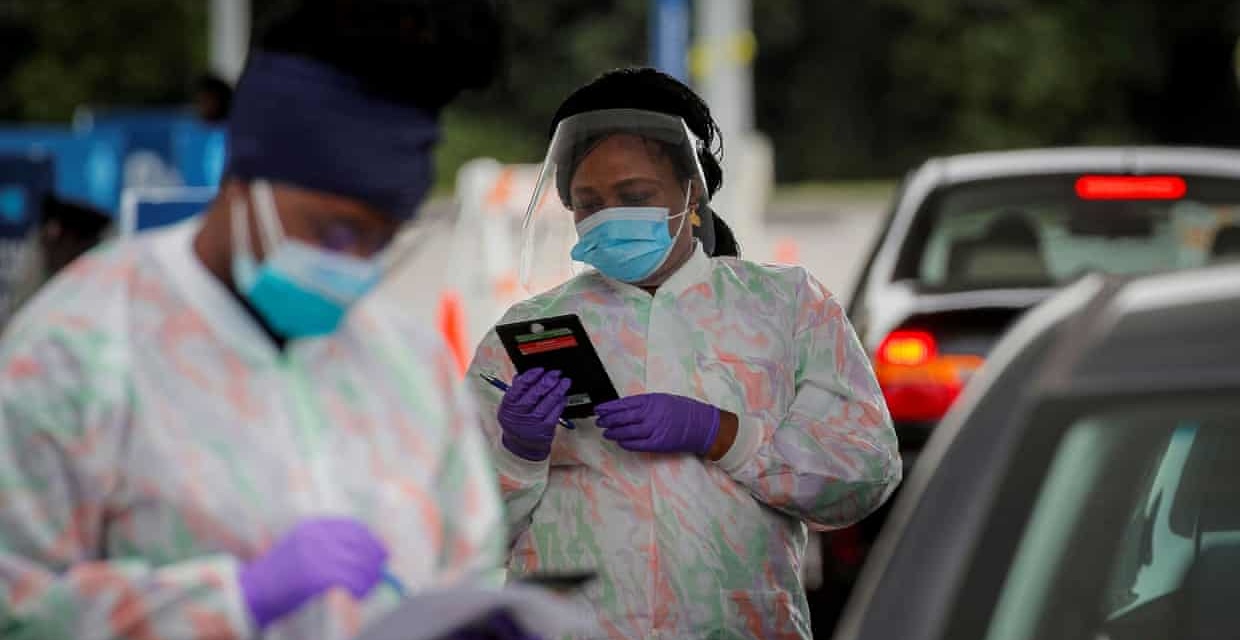 With the US Coronavirus death toll set to pass 200,000 on Tuesday, Democratic Presidential nominee Joe Biden challenges the “lies and incompetence” of Donald Trump over the pandemic.

Hours later, Trump tells a rally in Ohio, “It affects virtually nobody.”

At an aluminum plant in Manitowoc, Wisconsin on Monday, Biden spoke about the “tragic milestone” in the pandemic:

And it means there are empty chairs and dining room tables and kitchen tables that weeks and months ago were filled with a loved one, a mom, a dad, a brother, a sister. And in many cases, the pain was made a lot worse because… and I’ve had people tell me this and close friends of the family tell me, because they were unable to visit their elderly parent or grandparent in a nursing home just before they passed away.

He drove home the point, “So many of them didn’t have to lose their lives to this virus, quite frankly, if only the President had acted sooner.”

Biden cited a Columbia University study that 36,000 lives could have been saved if the Federal Government had acted one week sooner. He pointed to the University of Washington model that 410,000 Americans will be dead by the end of the year without wearing of masks in public, social distancing, and other measures to contain the virus.

The nominee then recounted Trump’s refusal of masks, his disinformation about the virus, and his private statement to journalist Bob Woodward — in sharp contrast to his public declaration that deaths would be “near zero” — about the “deadly stuff”.

With this crisis, a real crisis, the crisis that required serious presidential leadership, he just wasn’t up to it. He froze. He failed to act. He panicked and America has paid the worst price of any nation in the world.

Biden linked the issue to Trump’s attempt to rush through a replacement for the late Justice Ruth Bader Ginsburg, hoping to tilt the Supreme Court so it will gut ObamaCare:

Trump unwittingly supported Biden’s assessment at the rally in Swanton, Ohio, with no social distancing in the audience and few wearing masks.

He said that Coroanvirus “affects elderly people — elderly people with heart problems and other problems”. But he assured, “That’s it,” with “virtually” no young people at risk of contracting or spreading the virus.

"It affects virtually nobody," Trump says of the coronavirus, which has now killed 200,000 Americans and counting pic.twitter.com/qHrZvUWNhX

The claim reframed Trump’s declaration that youth are “immune”, as he told the rally that media “are sick and indoctrinate your children with poisonous anti-American lies”.

Trump repeated his oft-cited lie that the US has “among the lowest case fatality rates of any country in the world”.

He used his disinformation about no effect on the young to repeat his demand for complete in-class instruction at schools and universities, despite a series of cases with hundreds and even thousands of staff and students contracting the virus.

Trump added the complaint that his nomination for the Nobel Prize, by two right-wing politicians in Norway and Sweden, had not been recognized by the media.

I go home to the first lady and I say "First lady I was nominated twice" for the Nobel. "She says 'Oh that's great' and we turn on the TV and NBC … and 20 minutes into the show they haven't mentioned it."