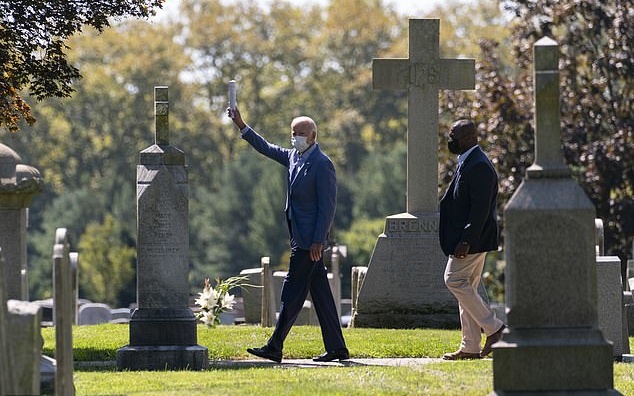 Joe Biden visits the grave of his son Beau, who served in the US military in Iraq, in Wilmington, Delaware, September 6, 2020

I joined Monocle 24’s Emma Nelson on Monday to analyze the latest twist in the 2020 US Presidential election, with the Trump campaign losing the initiative with Donald Trump’s “losers” and “suckers” comments about US war dead and veterans.

We contrast Trump’s remarks with Democratic nominee Joe Biden’s call for leadership and responsibility, and assess the way back for Trump as he lags behind the former Vice President in national polls. Can Trump return his portrayal of “culture wars” to the fore of the campaign?

We also discuss the military’s reaction to Trump’s comments, and why Trump cannot count on foreign policy as a way out of his electoral dilemma.

Can you get people not to believe reality? I’ve been in discussions with Trump supporters in the past few days — they insist that this is a made-up story, a Democratic plot.

Can Trump convince enough voters that reality is fiction to keep his campaign on track and to get a second term in office?