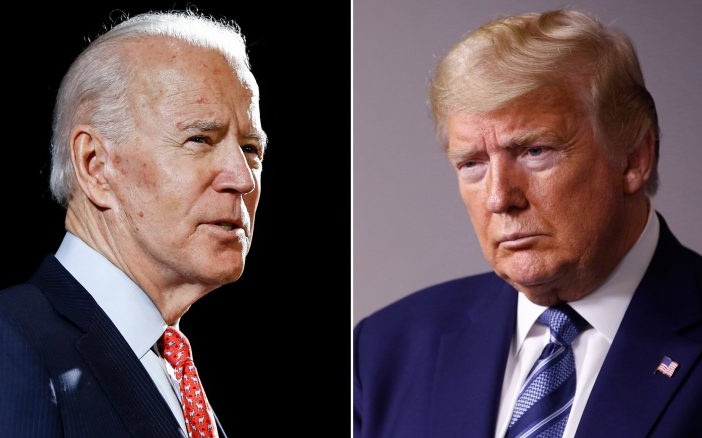 I joined Times Radio and talkRADIO on Monday to analyze the differing approaches of Donald Trump and Democratic Presidential nominee Joe Biden to violence, amid anti-racism marches and right-wing intervention across the US.

I look at the Trump campaign’s tactic of stoking the violence through statements and Trump’s Twitter barrages, summarized by his advisor Kellyanne Conway’s “The more chaos and anarchy and vandalism and violence reigns, the better it is” for her boss.

TrumpWatch, Day 1,319: Trump Stokes Violence and Says Only 9,000 US Deaths from Coronavirus

I compare that with the appeals of Biden, his Vice Presidential running mate Kamala Harris, marchers, and activists for dialogue and unity — captured in Biden’s “I condemn violence unequivocally” and the calls for justice and rights in last weekend’s March on Washington.

Because of Coronavirus and the economic downturn, the Trump campaign is putting all its chips on this idea that Trump has to save America from a “culture war”.

It’s the politics of fear. Will it work? I don’t know — this is the most important choice for America in an election since 1945.

Listen to talkRADIO from 23:19

Did you notice over the weekend that 10,000s of people gathered on The Mall in Washington DC where they called for peaceful highlighting of the issues that were raised by Martin Luther King 57 years ago?

Which got more attention — that March on Washington or Portland and Trump’s tweets?