UPDATED: All Australian Women and Children Moved From Al-Hawl Camp in Northeast Syria 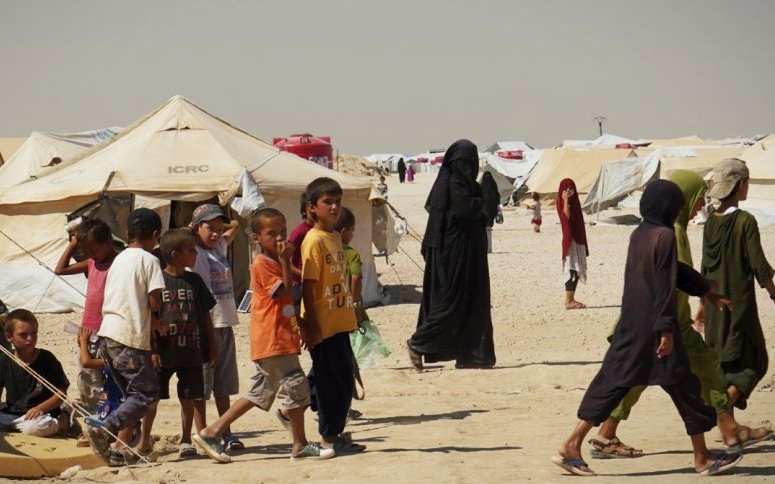 Kurdish authorities have moved all Australian women and children out of the al-Hawl camp in northeast Syria.

When 14 Australian women and children disappeared last week from the camp, which holds Islamic State fighters and their families, it was initially feared that they had been seized, handcuffed, and abducted by unknown men.

Local officials now say that all 67 women and children have been transferred, apparently to another camp, Roj, which is 100 km (62 miles) from al-Hawl.

Syrian Kurdish media said the co-chair of the Foreign Relations Commission for Rojava (Syrian Kurdistan) responded, after inquiries from the Australian Government about the fate of its citizens, “The women are being transferred to Roj camp….The Australians were happy with this and that Roj is a better option than [al-Hawl].”

Kamalie Dabboussy, who spoke with several sources inside the camp, said his daughter Mariam were among those moved overnight.

Dabboussy said conditions at the overcrowded al-Hawl camp — with poor sanitation, little running water and medical care, and uncertain food supplies — had deteriorated further. His sources said Roj is better-equipped and better-run, but it is also stricter, with a ban on mobile phones and thus communication with relatives of those inside the camp.

Dabbousy said Roj is “a much easier place to repatriate people from [as] it’s only 20 minutes from the border” with Iraqi Kurdistan.

But the Australian government has refused to repatriate the 67 women and children, notwithstanding the pleas of both the Kurdish authorities and the US. Home Affairs Minister Peter Dutton has repeatedly emphasised it was too dangerous to send public servants into that situation.

ORIGINAL ENTRY, SEPT 9: At least four Australian women and 10 children have been abducted from the al-Hawl refugee camp in northeast Syria, according to reports from inside the camp.

The accounts said the women and children were seized, handcuffed, and driven away in a white van overnight on Saturday. The identities of the abductors are unknown.

About 75,000 people are in the overcrowded camp, which holds Islamic State fighters and their families, in Kurdish-controlled territory in eastern Hasakah Province.

Kamalle Dabboussy, whose daughter and grandchildren are in the camp, reported from witnesses inside al-Hawl, “There was a lot of screaming and shouting. Kids were crying….It was very traumatic the way they were taken. They were apparently handcuffed.”

He said none of the abductees had made contact with relatives.

The Australians in the camp are relatives of ISIS fighters who have been captured or killed. None of the women have been charged as combatants, although arrest warrants have been issued for some.

Before Saturday night, the camp held 19 Australian women and 47 children, the youngest a year old.

Mat Tinkler, the deputy chief executive of Save the Children, said:

Australia has had numerous opportunities and offers of assistance to bring these Aussie kids and their mothers home from one of the most dangerous places on Earth. The government must do everything possible to ensure the safety of these Australian children and women, and those remaining in al-Hawl.

The Australian Government — in contrast to countries such as Germany, Denmark, and France — has repeatedly refused to repatriate its citizens, except for a small group of orphans.

Home Affairs Minister Peter Dutton claimed some of the Australians in the camp were “hardcore” and “have the potential and capacity to come back here and cause a mass casualty event”: “So I don’t think it should come as a surprise when we say we’re not going to send our soldiers to rescue people of this nature.”

The al-Hawl camp was first set up for refugees during the 1991 war in neighboring Iraq, and was reopened during the 2003 Gulf War.

As the US-supported, Kurdish-led Syrian Democratic Forces pushed back ISIS in northeast Syria, the camp’s population swelled from 10,000 in January 2019 to 74,000 in April. It is guarded by about 400 SDF troops.

Conditions are poor, with no running water and inadequate hygiene and medical services.