200+ UN Staff in Syria Have Coronavirus 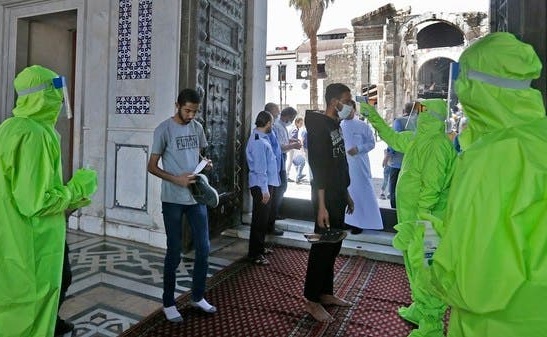 More than 200 UN staff members in Syria have Coronavirus.

The UN Resident Coordinator and Humanitarian Coordinator in Syria, Imran Riza, reported the toll in a letter, given to Reuters by an infected local staffer.

Riza told UN heads of agencies that the organization is in the final stages of securing a medical facility to treat cases.

Humanitarian workers and medics say the actual number of cases is far higher among UN staff and hundreds of personnel employed by NGO partners.

Riza noted a ten-fold increase in official cases since he last briefed staff in July: “The epidemiological situation across the country has changed considerably.”

The Assad regime’s Health Ministry raised its official total on Sunday to 3,171 cases, with 134 deaths.

But since the first fatality was announced on March 23, medics, activists, and residents have said that official figure is a massive under-reporting of the outbreak. A model from the London School of Economics projected 2 million infections by the end of August without containment measures.

Medics and relief workers say scores of medical personnel have died in recent weeks. Witnesses and cemetery officials report a tripling of burials since July in ground south of Damascus.

Three Assad regime generals have died in the past week from “heart attacks” or unspecified medical conditions.

Last week Syria Direct reported that cases rose from 28 to 556 in Kurdish-held northeast Syria. The virus has also entered opposition-held northwest Syria, with many of the more than 1 million displaced people in overcrowded camps with poor conditions, through medical staff.