Why Is Trump Blustering About A Ban on TikTok? 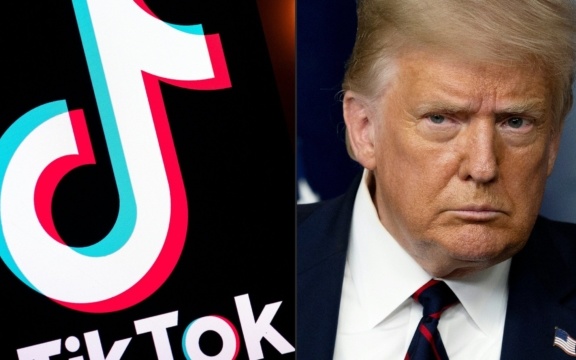 On Friday, I spoke at length with Ruchira Sharma of the iPaper for her article on Donald Trump’s order banning the Chinese platforms Tik Tok and WeChat in 45 days.

Sharma reports, with my contribution:

Donald Trump has signed an executive order banning any US transactions with the Chinese company that owns TikTok, sending shockwaves across the world.

The order, which will come into effect in 45 days, targets TikTok’s parent company Bytesize. It also aims at Tencent which owns the WeChat app – a multi-use messaging system very popular in China.

Trump’s administration have spent weeks warning the public that it was stepping up efforts to purge “untrusted” Chinese apps. Trump made his move using the International Emergency Economic Powers Act, a 1977 law that allows the president to declare a national emergency in response to an “unusual and extraordinary threat”. The act allows him to block transactions and seize assets.

“A Drama With Many Actors”

“We’re a long way from knowing if Trump can enforce this,” said Scott Lucas, Professor of International Politics at the University of Birmingham. “This is another maneuver in a drama which has a whole load of actors.”

He explained that this move is not uncharacteristic of Trump, who will put out warnings and not act immediately, “In this case, the threat is, ‘You have 45 days’. But what’s going to happen at the end of that?”

On the other hand, Trump follows through on some of those threats follow such as the trade war with China The important task now is watching over the weekend to see the State Department’s response: “Will it talk this down, or big this up?”

Officials do not want to provoke China but Mike Pompeo is a political appointee and he’s all in with trump’s campaign so he could bolster this over the weekend during interviews.

In addition to this, there is also China’s response to this – will they take this as an aggression?

TikTok’s response reiterates its frequent claims that it is open to dialogue and to working with the US Government, and it looks unlikely that the app will be entirely removed.

“We have made clear that TikTok has never shared user data with the Chinese government, nor censored content at its request,” the company said in a statement.

Prof. Lucas predicts negotiations between all parties is the likely outcome.

While TikTok is still available in the US, Trump’s action led to immediate repercussions. Tencent, Asia’s second-biggest company by market value, fell 9% in Hong Kong after the order was issued.

There could be larger consequences down the line. Tencent has invested in a number of US companies including Tesla, Reddit, and Spotify. It also owns a 48% share of Epic Games, the maker of Fortnite.

WeChat is not only used in China in place of texting and messaging, but around the world for payments — including by a number of large US companies such as Starbucks, which uses the service with customers in China. The executive order will likely hit these companies with collateral damage.

Trump’s executive order likely means WeChat is taken off Apple Inc. and Google’s app stores in 45 days, which could have significant effects on their sizable business in China.

“What you’ve really seen is a miniature version of Trump’s approach to a trade war, both in politics and economics,” Prof. Lucas argued. “The effect is that instead of getting matters solved immediately, consequences will drag on and on including unintentional new issues.”

Thus far, the reason given for Trump’s is that Tencent is a security concern for the US Government, though allegations that it shares information or data with the Chinese state have never been proven.

Critics have pointed to the inexplicable timing too – while the administration has mentioned security concerns for weeks, the executive order was still unexpected.

“Given President Trump’s recent zig-zagging over TikTok, I’d wager good money that something else is driving the executive order he announced last night,” said Peter Trubowitz, Professor of International Relations at the London School of Economics.

He suggests the move might be related to Friday’s US jobs report, which showed a slowdown in the recovery from the Coronavirus pandemic.

Prof. Lucas reiterates that while there is a chance Trump has intelligence on TikTok that would warrant the order, this is most likely a campaign tactic ahead of the November elections, with Trump now focusing on China as an issue to win over the electorate.