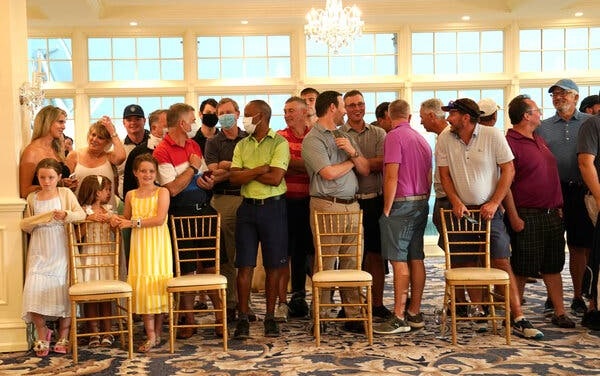 The White House has rejected a compromise with Democratic legislators on a Coronavirus relief package.

The rejection of the $2 billion proposal means unemployment benefits for more than 20 million Americans, who have lost jobs because of the pandemic, will not be renewed. There will be no aid to states and cities whose budgets have been ravaged. Mortgage payers will not be protected from eviction. The US Postal Service will not be bolstered, ensuring a secure mail-in system for November’s elections.

House Speaker Nancy Pelosi and Senate Minority Leader Chuck Schumer tabled a $2 trillion proposal on Friday, a reduction from the $3 trillion adopted by the House in the HEROES Act in May but more than the $1 trillion put forward by the Trump Administration and leading Republican Senators.

The Democrat plan protects the $600/week unemployment benefit through December 31, in contrast to the slashing to $200/week proposed by the White House. Some of the $985 billion originally proposed for states and cities would be retained. Earlier in the week, Pelosi and Schumer had decreased $25 billion in funding for the US Postal Service — facing severe cutbacks by the Postmaster General, Trump campaign donor Louis DeJoy — to $10 billion.

Only Congress can appropriate funds under the Constitution. Trump’s advisors say he will be complying by allocating unspent funds from an earlier $3 trillion Coronavirus relief package, but Democrats say the effort is illegal and insufficient.

As Trump told club members that exchanges with journalists were “always a lot of fun” and said all “know the news is fake”, the US death toll rose to 161,356, an increase of 1,245 in 24 hours.

“For The Sake of America”

Mnuchin and Meadows demanded more cuts to any aid for state and local governments, and further details about the revival of lapsed unemployment benefits.

With the White House saying the reduction to $200/week is “quite generous”, Mnuchin said after a meeting of more than an hour in Pelosi’s office, “I don’t want to speculate as to whether there is an agreement or not. We will continue to try to get an agreement that’s in the best interest of the people, and that’s why we’re here.”

But Meadows pointed to the executive orders: “This is not a perfect answer — we’ll be the first ones to say that. But it is all that we can do and all the president can do within the confines of his executive power, and we’re going to encourage him to do it.”

Trump used Twitter to rail against any help for states and cities, repeating his slur about Coronavirus as communities across the US face a surge in the pandemic:

Pelosi and Schumer only interested in Bailout Money for poorly run Democrat cities and states. Nothing to do with China Virus! Want one trillion dollars. No interest. We are going a different way!

He also tried to reverse news on the economic downturn, insisting that a recovery of 1.8 million jobs in July was a great success.

The gain is far less than the 4.8 million jobs recovered in June, leaving the US 12.9 million jobs down from February. More than 56 million applications for unemployment benefit have been filed since mid-March, with 20 straight weeks of more than 1 million filings.

The figures indicated that the economy is slowing again after the lifting of restrictions of businesses, demanded by Trump for his re-election, from early May.

“The easy hiring that was done in May and June has been exhausted,” said Michelle Meyer, head of US economics at Bank of America. “With many companies not running at full capacity, it becomes harder to get that incremental worker back in.”

The Labor Department’s official survey records 16.3 million Americans as unemployed, but more than 30 million have been receiving some form of unemployment benefit.