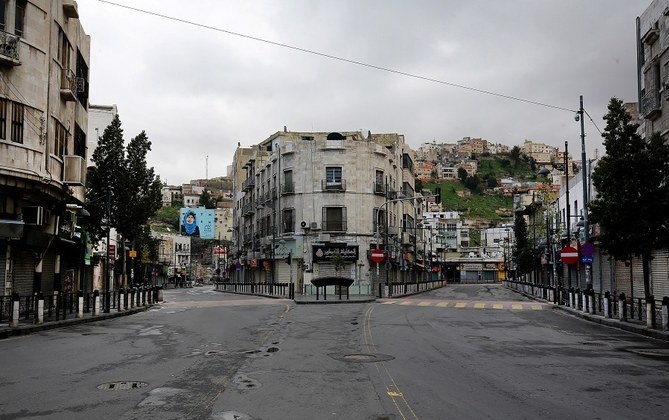 Empty streets in Ramtha, Jordan, locked down from Monday because of Coronavirus spike

Jordan’s officials have sealed off a city near the border as Coronavirus surges in neighboring Syria.

Ramtha has recorded its largest daily rise in four months in cases, with half of Jordan’s 39 infections in the past day. Officials said truck drivers and individuals entering from the Jaber border crossing are responsible for the spread.

Ramtha was locked down Monday, Jordan’s first since an easing of restrictions in June. The crossing was closed on Wednesday for a week. Prime Minister Omar al-Razzaz said caravans will hundreds of arrivals from Syria who are put under quarantine.

Syria’s Assad regime has announced 1,677 cases and 64 deaths, including 84 cases and four deaths on Sunday.

But medics, NGOs, the World Health Organization, and residents say the actual toll is far higher, with a sharp rise in the past two weeks.

Dr. Ahmed Habbas, the assistant director of health in Damascus, has estimated that there could be up to 112,500 cases in Damascus Province alone. The assessment is based on assessments from burial offices, with an average of 800 deaths over eight days in the Syrian capital.

Even with the regime’s under-reporting, the official figure of 1,677 is almost a trebling from the 561 on July 22.

There are shortages of tests and essential medical resources, and hospitals are overcrowded. Covid-19 deaths are reported to be especially high among medical staff.