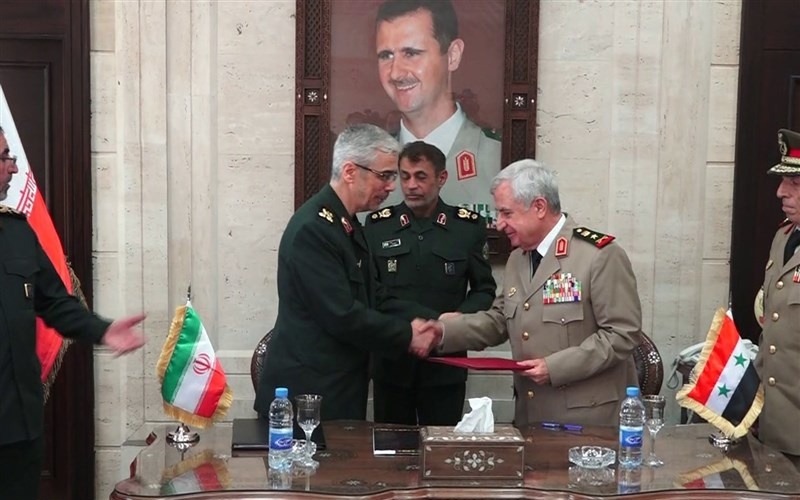 Continuing to prop up Syria’s Assad regime, Iran has declared a new military agreement with Damascus.

Assad said, in a statement from the President’s office, “This agreement reflects the strategic level of relations between Iran and Syria and is the outcome of years of common measures and cooperation in the fight against terrorism in Syria.”

Baqeri underlined “the importance of Iran’s continued efforts aimed at boosting bilateral ties between the two friendly and brotherly nations in all fields”.

No details were given of the agreement, signed by Baqeri and the regime’s Defense Minister Ali Abdullah Ayoub on Wednesday, beyond “the expansion of military and security cooperation and the continuation of coordination between the armed forces of the two countries”.

Israel, which has regularly carried out airstrikes inside Syria during the 112-month conflict, has stepped up attacks since April as it seeks the withdrawal of Iranian forces and Iran-supported foreign militia.

Both sides also issued a ritual demand for the withdrawal of Turkish troops, in opposition-held northwestern Syria, and US personnel supporting the Kurdish-led Syrian Democratic Forces in the northeast.

Iran has prevented Assad’s fall since the start of the Syrian uprising in March 2011, providing military forces and assistance and billions of dollars in economic support, including oil supplies.

In September 2012, with the regime’s army depleted, Iran began the organization of a 50,000-strong militia and stepped up deployment of foreign fighters under its command. In 2013, it enabled the entry of Lebanon’s Hezbollah into the conflict, and in 2015 it worked with Russia on a massive military intervention that saved Assad and his armed forces from collapse.