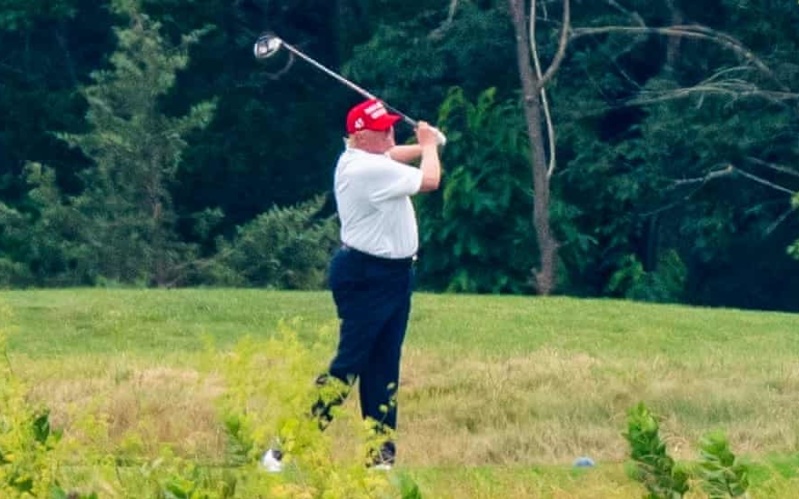 In an abrupt recognition of the surge of Coronavirus cases in the US, Vice President Mike Pence cancels campaign trips to Arizona and Florida.

The US death toll is 125,539, with confirmed cases passing 2.5 million on Saturday. Rates of infection are rising in 34 states, with spikes of at least 70% in 19 of them and hospitals at capacity in parts of Texas and Mississippi.

On Thursday, Pence and his staff toured an Ohio automobile plant, refusing to wear masks in defiance of medical advice and local guidelines.

On Friday, the Vice President claimed “truly remarkable progress”. He defended Donald Trump’s failed campaign rally in Oklahoma, where cases have risen 141% over the past two weeks: “Even in a health crisis, the American people don’t forfeit our constitutional rights. We were creating settings where people can choose to participate in the political process, and we will continue to do that.”

But yesterday Pence cancelled his “Faith in America” stops “out of an abundance of caution” amid spikes in Arizona (130% rise in 14 days) and Florida (233%).

Pence was scheduled to meet on Tuesday with Arizona Gov. Doug Ducey, who — unlike other Republican governors — is still planning to lift more Coronavirus restrictions.

The Vice President had scheduled a Florida bus tour on July 2, meeting Gov. Ron DeSantis, a diehard Trump ally under intense criticism for quickly reopening businesses and beaches in accordance with Trump’s commands.

Florida has set daily case records from Wednesday, when the total was about 5,500, to Saturday’s 9,585. Arizona has also broken records throughout the week, with 3,591 cases yesterday.

Trump spent Saturday afternoon at his golf club in Virginia.

Trump had intended to play at his club in Bedminster, New Jersey, but on Friday Gov. Phil Murphy announced that any visitor from a US “hot spot” would have to quarantine. That guidance covered Arizona, where Trump staged a campaign appearance on Tuesday.

Trump denied that the New Jersey cancellation was due to the quarantine. Swiping at the Black Lives Matter marches, he tweeted that he was remaining at the White House “to make sure LAW & ORDER is enforced”.

He did not explain on Saturday how he was enforcing law and order from the fairway in Virginia.

Trump said in a Thursday interview that Coronavirus is an “artificial problem” and repeated his insistence, “If we didn’t do testing, we’d have no cases.”

He dismissed the outbreak, “You’re going to have a kid with the sniffles and they’re going to say it’s Coronavirus.”

State and local leaders are warning of hospitals unable to cope with the rise in cases.

Some intensive care units in Mississippi are at capacity. Dr. Alan Jones of the University of Mississippi Medical Center said their ICU is full: “We’re very worried about the trajectory that we’re on and what’s going to happen in the next couple of weeks.”

Jones said doctors are trying to cope by transforming the anesthesia recovery area into a makeshift ICU.

Lina Hidalgo, Harris County’s elected leader, has urged people to stay home unless it is absolutely necessary to leave.

She said bluntly of Texas Gov. Greg Abbott’s lifting of restrictions in early May, “We opened too quickly.”

Abbott reversed course on Thursday, re-imposing some limits. “If I could go back and redo anything, it probably would have been to slow down the opening of bars,” he said on Friday evening.

The strain is also being felt at testing centers in Texas and Florida, with people waiting four hours and some then being turned away.

Mayor Carlos Giménez of Florida’s Miami-Dade County has signed an emergency order closing beaches from July 3 to 7 over the holiday weekend. Gatherings of more than 50 people, including parades, are banned and parks are closed to public fireworks displays.