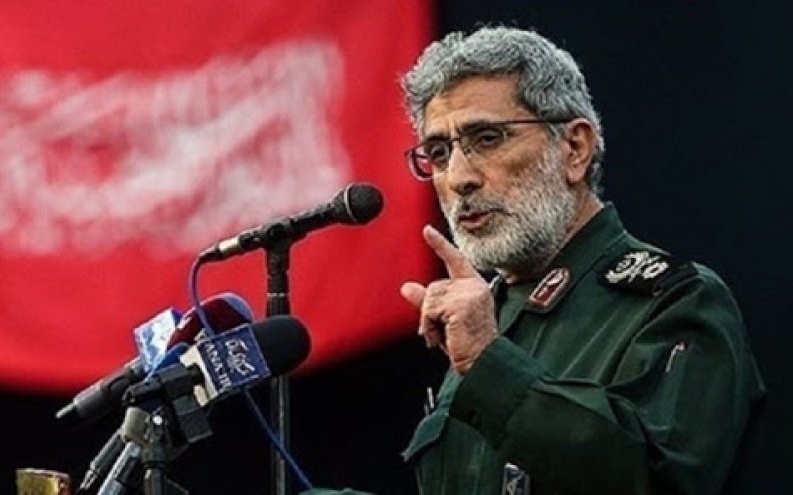 Israel’s warplanes have reportedly bombed an Iranian base in Syria, just after a visit by the commander of the Quds Force, the Revolutionary Guards branch operating outside the Islamic Republic.

The attack was on sites, with Iranian personnel and Iran-backed militia, near al-Bukamal in eastern Syria near the Iraq border. Local sources said six people were killed, including four Syrian nationals

Qa’ani’s trip to al-Bukamal was reported by Iranian conservative outlet Tasnim News. He accused Israel and the US of supporting the Islamic State, even though the American-backed Syrian Democratic Forces expelled ISIS from eastern Syria between 2017 and March 2019.

Tasnim later removed the article without explanation. Other outlets, including the Revolutionary Guards’ Fars News, did not mention the visit.

Following standard practice, the Israel Defense Forces did not comment on Saturday’s events.

Israel has periodically attacked the Iranian positions near al-Bukamal. In May, the Israelis claimed from satellite imagery that the Iranians were constructing a new underground weapons storage facility on the Imam Ali base.

At the end of May, five Iran-backed foreign militia were reportedly killed when Israeli warplanes struck three military vehicles.

The attack was part of an Israeli escalation this spring, with at least eight strikes since mid-April. They accompanied warnings by Defense Minister Naftali Bennett:

We are determined, more determined [than Iran], and I can tell you why — for Iran, Syria is an adventure happening 1,000 km away from home. For us, it’s our lives.

Throughout Syria’s 111-month conflict, Israel has regularly attacked Assad regime, Iranian, and Hezbollah targets. The strikes initially focused on stopping the movement of weapons, and preventing an Iranian or Hezbollah province near the Israeli-occupied Golan Heights. However, since 2017 they expanded to support Prime Minister Benjamin Netanyahu’s demand for Iran’s full military withdrawal from Syria.