EA on Australia’s ABC: Trump, Russia, and the Bounty on US Troops in Afghanistan 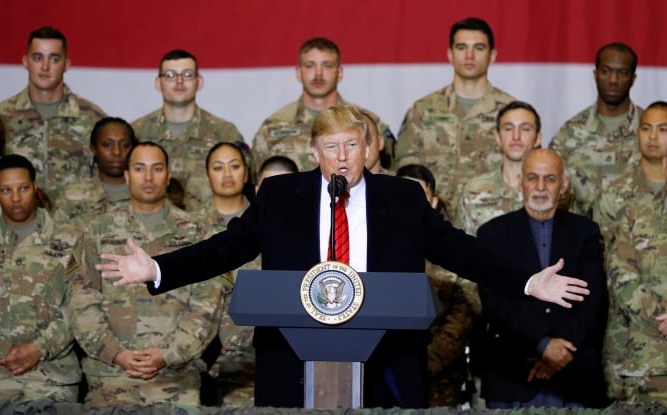 Donald Trump with US troops at Bagram Air Base, Afghanistan, November 28, 2019 (Tom Brenner/Reuters)

Did Donald Trump protect President Vladimir Putin over any US response to a Russian bounty for the Taliban’s killing of US troops in Afghanistan?

Or was Trump ignorant of the US intelligence on the Russian scheme, discussed in a high-level White House meeting in late March?

I discuss the case and the possibilities with the Australian Broadcasting Corporation’s Beverley O’Connor on Monday: