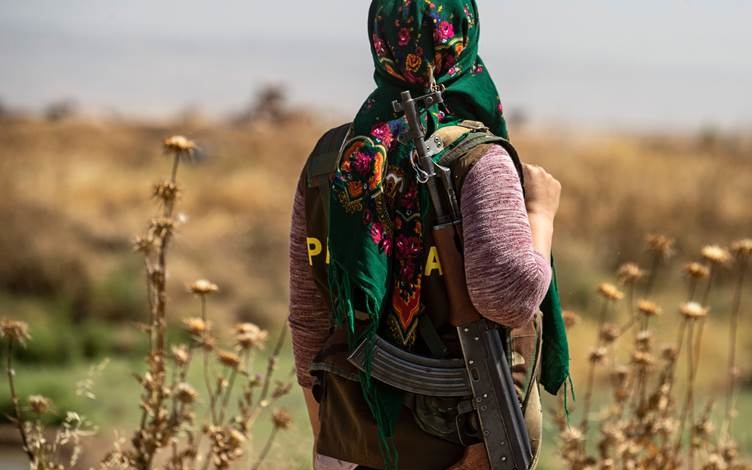 Kurdish authorities in northeast Syria are seeking exemptions from new US sanctions which target the holdings and transactions of the Assad regime.

They will lead to an increase in prices to a very great degree and to weakness in trade activity with the Syrian interior. On the other hand crossings to Iraq are closed, meaning the region was already living an economic siege.

The US sanctions were implemented last week, under the “Caesar Act” provision in a defense bill, over the regime’s crimes against humanity. The Act is named after the defected military photographer “Caesar”, who in 2014 brought out images of thousands of detainees slain by executions, tortured to death, or perishing from inhumane conditions.

The measures threaten to punish any company doing business with the Assad regime or with its essential backers, Russia and Iran, in any transaction connected with Syria. There are specific sanctions against Assad’s wife Asma, his brother and sister, regime generals, and Iranian-led militia.

Meanwhile, the last aid crossing from Iraq into northeast Syria remains closed after vetoes by Russia and China in the UN Security Council in January. A draft resolution is seeking to reopen the al-Yarubiyah crossing for six months, but Russia’s UN Ambassador Vassily Nebenzia told the UN aid chief Mark Lowcock, “Do not waste your time on efforts to reopen the closed cross-border points.”

Will the US Back Kurdish Autonomy?

The Kurdish authority has established an autonomous zone across its Kobani and Cezire cantons after the Kurdish-led Syrian Democratic Forces, supported by the US, expelled the Islamic State between 2017 and March 2019.

However, it is under both from the Russian-backed regime and from Turkey. Ankara seized a corridor in October 2019 along the border, from west of the Euphrates River to Iraq, after Donald Trump ordered the withdrawal of American forces.

The Pentagon pushed back to ensure 1,000 personnel remain in Syria, half of them alongside the SDF.

A Trump Administration exemption from the Caesar Act sanctions would reinforce the autonomy of the Kurdish region, defying Bashar al-Assad’s pledge to “regain every inch” of Syria after the 111-month conflict.

Jia Kurd said, “[The Administration] told us the self-administration regions will be exempt from the Caesar sanctions but the mechanisms and means to achieve this exemption are being discussed with the international coalition.”

A US State Department spokesperson was guarded, however, speaking only of exemptions from sanctions for humanitarian aid.

The official said in an e-mail that Washington would remain in close coordination with its partners, but “we do not comment on the substance of private, diplomatic conversations”.