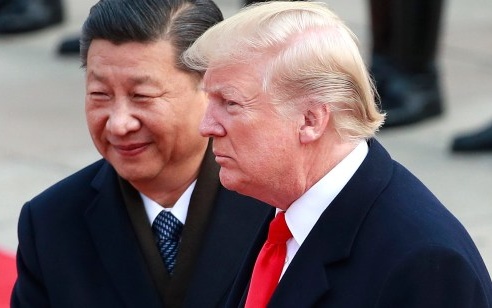 The consequences of Covid-19 are reaching far beyond our imagination. It has not only caused almost 500,000 deaths, a global supply chain breakdown, and an economic crisis, but also escalated the geopolitical tension between the US and China.

The recent announcement by the US Department of Commerce, imposing further restrictions on Huawei’s semiconductor chips, is a sign of the new Cold War in technology. It reinforces speculation about the decoupling of the two countries in technological development and economic cooperation.

Decoupling and Its Effects

The sanctions on Huawei by the US Government signalled that the US intends to accelerate the decoupling of high-tech collaboration, and attempting to drive Chinese companies out of global value chains and 5G global networks.

The trade restrictions are based on the claim that China steals US technology and hence is able to take short-cuts in advancing its technological development, especially in strategic sectors. The US also claims that this has serious implications for its national security.

The Trump administration is demonstrating its determination to do everything to stop China gaining unfair advantages in developing its technological capabilities. However, such a drastic protectionist measure may bring about the opposite effect, and has important implications for policy makers and businesses around the world.

For China, forced decoupling and restrictions on technological collaboration and imports from the US may further accelerate indigenous innovation in the long term. China may develop domestic value chains based on its well-developed manufacturing systems and a large domestic market.

The US move may also lead to stronger government intervention to provide various types of support needed for developing domestic high-tech industries. There is no doubt that the Chinese government has the determination and the resources to do so and could counterbalance the trade restrictions, and so avoid reliance on US technology.

It is highly likely that China will eventually become a leader in both high-tech industries and manufacturing production. However, Chinese companies may suffer from a shortage of input supplies from US semiconductor companies or companies using US technology. This will adversely affect the quality of their products in the short term.

For other countries, policymakers may have to make difficult choices between the two camps: do they should go along with the US and distance themselves from China, or take the opportunity to engage with China more closely?

China may also be eager to seek new partners to fill the vacuum caused by decoupling with the US. This may be the opportunity for countries to strengthen technological cooperation with Beijing. While engagement with China may be challenging, it is possible to find common ground and reconcile differences through greater mutual understanding. However, it requires political leaders to possess the cultural sensitivity and cross-cultural intelligence, which is largely missing from the Trump Administration.

The Chinese culture of “face saving” means that it is difficult for the Government to accept loud, hostile criticisms or finger-pointing at its domestic affairs. Direct confrontation is unlikely to work with the Chinese government and may well fuel further aggression.

Instead, exchanges of different views and opinions can yield constructive discussion through moderate use of language. When dealing with China, it is not about how tough and aggressive Western governments should be, but about effective dialogue and how willing both sides are to compromise.

But it may be difficult to do when there is a lot of noise made by populists and nationalists, and this further complicates the geopolitical tension. In particular, during a general election, politicians often tend to find a foreign “scapegoat” to blame.

For foreign companies, the Chinese market is still as attractive as before, and Chinese companies are still open for business. This may represent a golden opportunity for UK companies hoping to enter or expand in the Chinese market, given that British companies have a great post-Brexit need to seek markets outside the European Union. UK firms can pick up the market share previously occupied by US multinationals, and some Chinese multinationals may retreat from the US market and seek business partners in the UK and Europe.

Small and medium-sized British companies can work closely with universities to tap into the pool of Chinese students who have been educated in the UK. This could help them to bridge the local knowledge/cultural gap when navigating the Chinese market.

Whatever happens between Beijing and Washington, China will not return to isolation from the international community. The question is how decoupling of 40-years of economic cooperation is navigated, with both unprecedented uncertainty and opportunities. 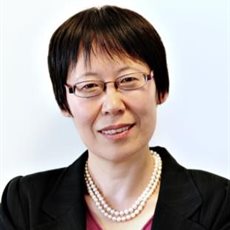 Xiaohui Liu is Professor of International Business at the University of Birmingham.