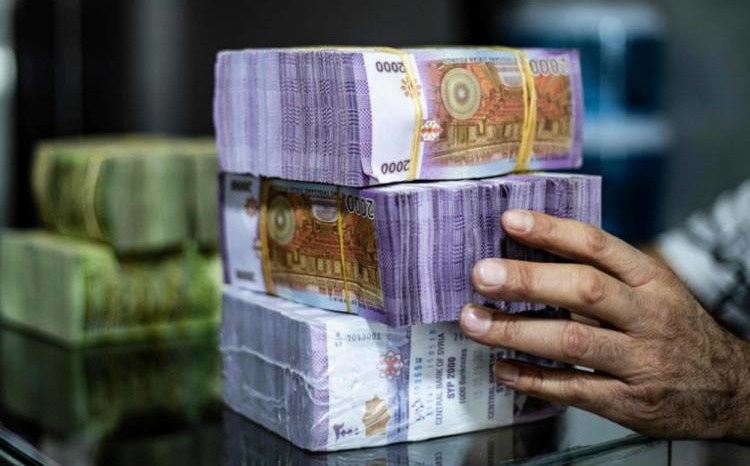 The Syrian pound is collapsing, as the Assad regime — having clung onto power during the 111-month conflict — is unable to deal with Syria’s economic crisis.

The Syrian currency, already at a historically-low level, has fallen sharply in black-market value over the past five days. It has now lost about 75% of its value since last autumn.

The devastation of the conflict, in which GDP has fallen by 75%, has been compounded by a banking crisis in Lebanon where many wealthy Syrian individuals and companies hold their accounts.

Investors have been rattled by the falling-out between the regime and Bashar al-Assad’s cousin Rami Makhlouf. On Saturday, a court ordered the full seizure of Syriatel, the dominant telecommunications company providing much of Makhlouf’s estimated $6 billion fortune.

The regime’s promises of reconstruction, after a Russian-enabled reoccupation of much of Syria, have gone largely unfulfilled. Damascus’s access to funds is restricted because of US and European sanctions against the regime over its crimes against humanity during the conflict, including mass killings of civilians, use of chemical weapons, and the deaths of ten of thousands of detainees through execution, torture, or poor prison conditions.

Further US sanctions come into effect on June 17. The restrictions come under the “Caesar Act”, named after the defecting military photographer who brought pictures of thousands of slain detainees in 2014.

Collapse of the Syrian currency now outpaces that of its Lebanese "sister" – almost 30% over the past five days and 70%+ over the past six months. The biggest threat to livelihoods across Syria. https://t.co/5v9OXbFNzE pic.twitter.com/loVsIoAH2b

The pre-conflict average income of 10,000 Syrian pounds per month, worth around $500 in 2011, is now about $25. Shortages of food, petrol, cooking gas, and other basic goods are widespread across regime-held areas, including Damascus. Electricity blackouts are common.

The UN said this month that 9.3 million Syrians, more than half the population, are “food insecure”. Another 2.2 million are on the brink of joining them.

In the past month, Assad has replaced the Trade Minister, the regime has cut subsidies on petrol, and imposed criminal penalties to prevent the movement of currency out of Syria.

But the measures have had little if any affect. Syrians are daring to mock Finance Minister Ma’moon Hamdan’s declaration last month, “A citizen is able to live on his salary if he handles his finances accordingly.”

The prominent actor Bashar Ismael responded, “We are citizens, minister, not puppets that you and others are entertaining.” Former Economy Minister Lamia Assi criticized the Central Bank of Syria for “ a deep sleep amid the devaluation of the Syrian pound”.

The Syrian lira lost 12.79% of its value in one day. The lira isn't merely depreciating rapidly, the speed of depreciation is picking up.
An average state salary of 60,000 lira is now worth $25. pic.twitter.com/XtDCfXlFok