The Bible is a Historic Symbol of Protest, So Why Does Trump Use It as a Symbol of Repression? 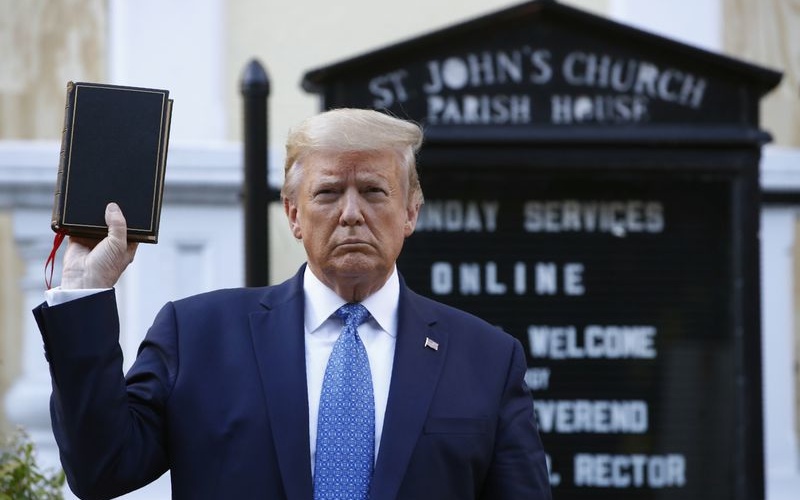 Co-written with Jeremiah Coogan of the University of Notre Dame for The Conversation:

In conversation with WNYC of New York, I set Donald Trump’s photo opportunity with a Bible, as protesters were tear-gassed nearby, in historical context.

Amid the Black Lives Matter protests in Washington DC and nationwide on June 1, Donald Trump walked the short distance from the White House to St John’s Episcopal Church, where he posed outside while holding a Bible above his head.

The photo-op was controversial for a number of reasons: tear gas was used on peaceful protesters to clear his path; Trump awkwardly held the Bible upside down; and his actions seemed to be an incongruous response to the situation at hand.

Trump’s use of the Bible in Monday’s act of political theater participates in a long history of using sacred texts to legitimize state power. From courtrooms to the US Capitol steps, the Bible is regularly used as a physical symbol of political authority. Such practices in American public life continue a long history of using the Bible as a material object in order to authorize political power – a history that goes back to the late Roman Empire.

Though Christians have been interested in the content of their scriptures from the beginning, the use of their physical presence as a symbol of power began in a period when Christians faced legislative pressure, marginalization, and violence. Christian interest in and defense of their physical books was a response to the aggressive actions of Roman emperors.

In AD249, facing challenges to his legitimacy, the newly proclaimed emperor Decius issued a decree that everyone in the empire should perform a sacrifice to his genius (“divine spirit”). In exchange for this display of loyalty to the state, each subject would be provided with a certificate called a libellus (“little book”) as proof of participation and material evidence of loyalty.

Copies of these certificates demonstrate, as historian James Rives has shown, that the decree was not aimed specifically at Christians. Nonetheless, it affected Christians in unique ways, and a number were martyred.

Around this period, and arguably in response to Roman demands that people carry certificates of loyalty to the state, Christians began to use their scriptures as physical manifestations of divine presence and power. Just as individuals who had sacrificed to the genius of the emperor were expected to carry their libelli, Christians might carry Gospels – tokens of allegiance to a different divine being.

By the late third century, the Gospels came to represent Christian identity. According to an account preserved by the historian Eusebius of Caesarea, the martyr Marinus had to choose between “the divine Gospels” and sacrifice (with the associated libellus), between Christ and Caesar. Marinus chose the Gospels and was accordingly martyred.

Many Christians thought of their sacred texts as powerful objects, manifestations of divine presence, and authority. By the early 4th century, Gospel books and folded-up pieces of papyrus or parchment with scriptural passages functioned as amulets to secure healing or ward off evil, a set of practices attested by both ancient authors and archaeological evidence, primarily from ancient Egypt. Before Christians wore crosses around their necks, they wore sacred texts.

In AD303, on the 20th anniversary of his reign, the emperor Diocletian issued his “First Edict” against Christians. Among other things, the edict required destruction of Christian books. Yet a number of Christians throughout the empire defied the imperial command, preferring to die rather than hand over their books.

According to one Latin account, a Sicilian Christian named Euplus maintained that “whoever gives up [the scriptures] loses eternal life”. Euplus was executed with his Gospel book hanging from his neck, marking his identity as a Christian.

As a sacred object, the Christian book became a symbol of resistance to imperial power. In one account, a group of Christians from the small North African town of Abitina (modern-day Henchir Chouhoud el Bâtin, Tunisia) defied the imperial decree. This refusal to hand over physical books of scripture was a show of the Abitinian Christians’ loyalty to God over Rome.

Referring to Christian scriptural books as “the law,” the fourth-century martyrdom account Acts of the Abitinian Martyrs sets up a question of political allegiance: will one follow the law of Christ or the commands of Caesar? The contest between divine law and imperial edict centred on physical scriptures.

To preserve the physical books of scripture was to profess Christian identity and appeal to a higher, divine authority. By contrast, those who handed over sacred books to be destroyed by imperial functionaries renounced their allegiance to God.As North African Christians grappled with the aftermath of Diocletian’s edict, figures such as the bishop Petilian of Cirta (in modern-day Algeria) argued that to hand over the sacred book was to condemn Christ himself to the pyre. In these developing theologies of the book, material scriptures manifest divine authority and even embody Christ himself. The Bible as a book was a source of authority that could challenge even the demands of the Roman empire.

The use of the Bible as a material symbol of divine authority began in response to political oppression and violence. In North Africa in particular, some Christians refused to hand over books for destruction or to accept those who had done so as their religious leaders.

While the history of the Bible as symbol expanded from this point – so that Bibles are held aloft in liturgical spaces and used to cement the authority of legal ceremonies – the symbolic power of the Bible began as a form of political resistance. There is a tragic irony to the fact that a mode of resistance developed by disenfranchised and powerless North African Christians is now weaponized against black people by the most powerful man in the world. 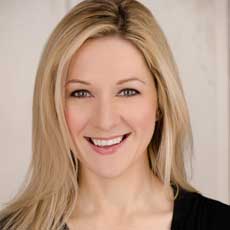 Candida Moss is the Edward Cadbury Professor of Theology at the University of Birmingham.