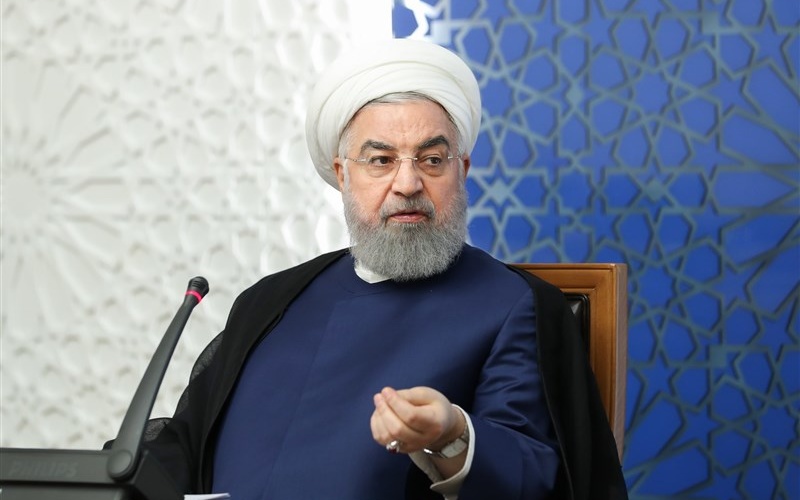 Iran’s Health Ministry has announced a one-day record of 162 deaths, bringing the official total to 10,364.

Iran’s President Hassan Rouhani has retreated over his declaration of “success” in the containment of Coronavirus, as infections continue to rise in the Islamic Republic.

On May 13, Rouhani proclaimed “very good” progress, a month after his Government began lifting restrictions on businesses, mosques, and other public places: “Many countries laud [our] performance.”

But since then, the daily rate of Coronavirus cases has tripled and deaths have resurged. On Saturday, the Health Ministry announced another 2,489 cases and 144 deaths.

When Rouhani declared “success” on May 13, the official death toll was 6,733. It is now 10,508, with 222,609 confirmed cases. Medics, activists, and some Iranian officials say the actual number is far higher.

Addressing the National Coronavirus Task Force on Sunday, in a televised speech, Rouhani said, “It’s been the most difficult year due to the enemy’s economic pressure and the pandemic.”

In a step back from the easing of restriction, Rouhani said wearing of masks will be mandatory from July 5, for two weeks, in “gathering places” that are “red spots”.

The President also said further measures can be reimposed in “red zones”, a designation now covering 10 of Iran’s 31 provinces.

From April 11, the Government had divided the country into white, yellow, and red zones, pursuing the resumption of economic activity.

However, the effort has failed to boost Iran’s crippled economy. Production, trade, and investment is still lagging, and the currency is at lowest level in the Islamic Republic’s history.

The Central Bank said on Saturday that it has injected “hundreds of millions” of dollars’ worth of foreign currency in an attempt to halt the decline. But the Iranian rial is still at 202,200:1 v. the US dollar on Monday morning.

Rouhani told Central Bank head Abdolnaser Hemmati on Saturday that “special measures to provide foreign exchange for basic goods and medicine, must continue”. But on Sunday, he indicated his opposition to any drawdown of foreign reserves.

Despite the problems caused by sanctions and coronavirus, we do not need to borrow from outside and the Central Bank. We need unity, cooperation and helping each other.

He said of the virus, “We must not let a peak happen in any province, and all people should help, because the sudden surge of the disease puts the country’s medical jihadists under more pressure.”