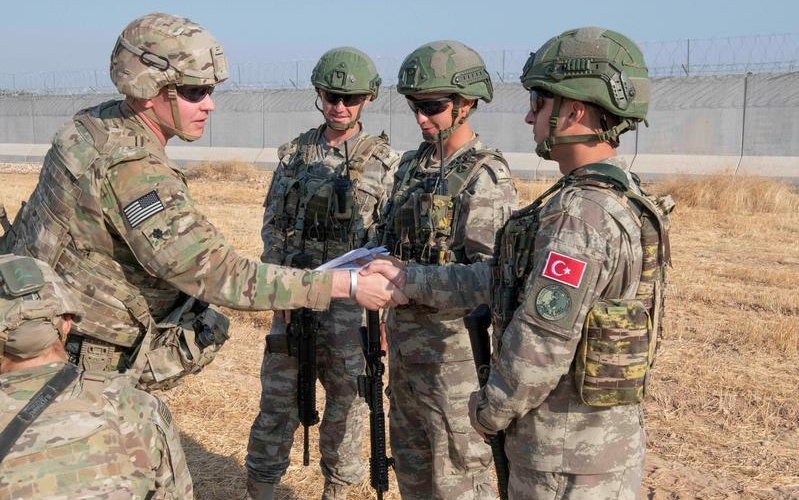 Turkey has criticized the presence of the US military in Syria, accusing Washington of threatening Ankara’s interests with its support of the Kurdish-led Syrian Democratic Forces.

The criticism comes via an editorial in Daily Sabah, close to the Erdoğan Government. The site is triggered by a statement by the US envoy for Syria, James Jeffrey, in an online discussion hosted by the Hudson Institute:

Our military presence, while small, is important for overall calculations. So, we urge Congress, the American people, the President to keep these forces on….

This isn’t Afghanistan, this isn’t Vietnam, this isn’t a quagmire. My job is to make it a quagmire for the Russians. We are pursuing what we think is a smart policy.

Both in December 2018 and last October, after phone calls with Turkish President Recep Tayyip Erdoğan, Donald Trump ordered the withdrawal of all 2,000 US troops from Syria. On each occasion, the Pentagon pushed back. It has argued against “betrayal” of the Kurdish-led SDF, and for prevention of a resurgent Islamic State and a US check on Iran’s military and political support of the Assad regime.

About 1,000 US personnel remain, half alongside the SDF and half at the base near Tanf in eastern Syria on the Iraq border.

Turkey views the Kurdish militia YPG, the leading faction in the SDF, and its political umbrella, the Syrian Kurdish Democratic Union Party (PYD), as “terrorists” who are part of the Turkish Kurdish insurgency PKK. Last October, a Turkish military incursion seized a corridor along the border in northeast Syria.

Concern About Reconciliation Among Kurdish Groups

Daily Sabah declares, “What the U.S. has done in Syria by supporting the YPG/PKK has boosted an existential threat to its NATO ally Turkey.”

The site frets that the US and France are seeking an agreement between the PYD/YPG and their long-time opponents in the Kurdish National Council. Talks were reportedly launched at a US base in Hasakah Province in northeast Syria in early April.

I told them that they should not make deals with the PKK/YPG. We used to have talks with and support them. In February, each of them told me how the PKK/YPG had killed their relatives and jailed their close friends or family members – some are still being detained. They said they did not and would not unite with this terrorist organization.

Çavuşoğlu also said the Erdoğan Government told Russia that “there is no difference between the PYD and the PKK”.

it is clear that this is an attempt to legitimize a terror organization in the international arena….In addition, the talks clearly aim to pave the way for the PYD to join the UN-brokered peace talks in Geneva between the Assad regime and the opposition, which started in late 2019.

The editorial concludes, “If the KNC falls into the trap left by the PKK/YPG and its backers and tries to pave the way for the terror organization to be present in Geneva, Ankara will all that is necessary to block this.”