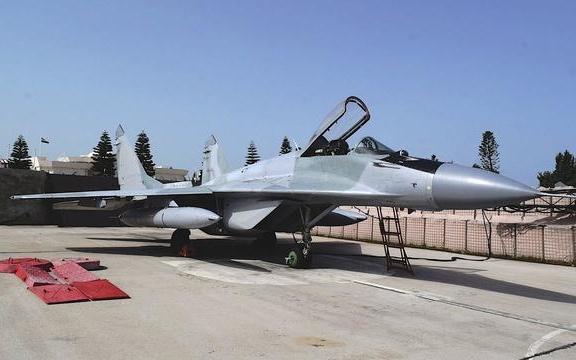 The regime military said on Saturday that it received the “second group” of the Mikoyan fighters at Russia’s Hmeimim base in western Syria.

“As of June 1, 2020, Syrian pilots will begin to carry out missions on those planes in Syrian airspace,” a military official said.

The MiG-29, which entered service in 1982, has a range of 1,500 km without external fuel tanks and 2,100 km with them. The Assad regime’s military has relied on Su-22 and Su-24 fighter-bombers, as well as helicopters dropping barrel bombs and chemical munitions, for bombing of opposition areas during Syria’s nine-year conflict.

On Friday, Putin commanded his Defence and Foreign Ministries to begin talks with the regime on obtaining more facilities and maritime access.

Russia’s main positions are the Tartous naval base in western Syria on the Mediterranean and the Hmeimim base. Moscow’s 49-year presence was confirmed in a 2017 agreement with the regime.

Regime military sources emphasized that the MiG-29s will not be sent to Libya, where Russia is supporting the insurgency of the Libyan National Army under Gen. Khalifa Haftar.

Russia denies that it has deployed jet fighters, but the US military’s Africa Command claimed on Friday that it tracked 14 MiG-29s and Su-24s which landed at the Jufra airbase, the main forward airfield for Haftar’s forces.

Military observers claim from satellite imagery that MiG-29s were at Hmeimim in Syria, days before they were spotted in Libya.

Asked if MiG-29s had been transferred from Syria to Libya, a regime military official replied “he was not at liberty to say“.