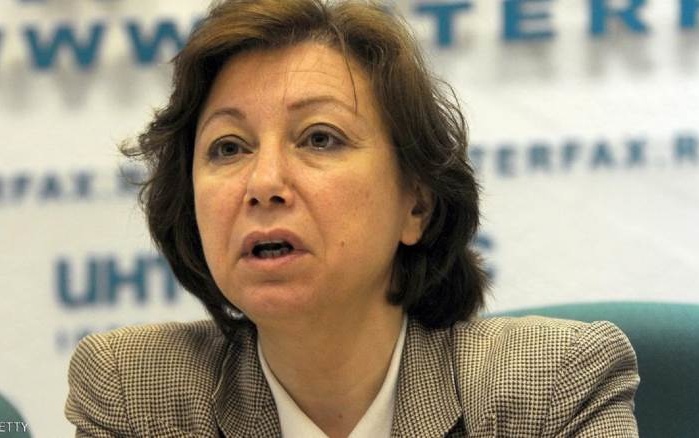 Syria’s opposition has appealed to Europe to seek a political resolution of the nine-year conflict, using Russian concerns about the Assad regime.

Bassma Kodmani (pictured) of the Syrian National Council issued the message in an article for the European Council on Foreign Relations on Thursday:

While it would be premature to read this as a prelude to the withdrawal of Russian support for Assad’s rule, the campaign certainly aims to, at the very least, signal his vulnerability and convey the message that Russian President Vladimir Putin will decide his fate.

Russian State outlets and allies of President Vladimir Putin have escalated criticism of the Assad regime in the past month. Moscow is unsettled by Assad’s refusal of any compromise, including over a new Constitution and acceptance of opposition groups, as he insists that he will retake “every inch” of the country.

Articles and statements have pointed to corruption in the Assad plutocracy’s control over an economy which has lost 75% in GDP and shows no prospect of recovery. Russian firms and Putin allies are facing competition from the regime and Iran, the other essential backer of Assad, over acquisition of Syrian resources.

The concern has been accentuated by a split in the regime, with Assad’s security services cracking down on the leader’s cousin, billionaire tycoon Rami Makhlouf, and seizing his assets.

See also Syria Daily, April 30: Assad is Annoying Russia — But What Does Putin Do?
Syria Daily, May 4: Assad’s Cousin Makhlouf Widens Split in Family and Regime

“Engage with Russia With Greater Determination”

Kodmani notes European Union sanctions over the regime’s war crimes and repression of the Syrian uprising since March 2011. But she says, “Western countries never took decisive action to prevent Assad and his allies from murdering hundreds of thousands of Syrians”.

The time is right for Europe to assert its position on the Syrian issue with greater self-confidence. European efforts to persuade Assad to behave differently have proven to be a waste of time. Europe should instead engage with Russia with greater determination.

Measures would include cross-border humanitarian assistance to the opposition-held northwest. Russia has restricted that assistance, including through the use of its UN Security Council veto.

A Russian-regime offensive from April 2019 to March 2020 seized some of the area, including northern Hama Province and part of southern and eastern Idlib Province.

However, Putin and Turkish President Recep Tayyip Erdoğan agreed on March 5 to a ceasefire and a de facto partition of the territory, leaving about 3 million Syrians in the opposition area.

Kodmani also suggests encouragement of the Syrian business community and diaspora to support local groups and recommends digital communication as “the best – and, arguably, the only effective – means of establishing direct, unhindered contact with civilians in Syria”.

Europe can begin with a shift in the narrative away from an illusory virtuous process of engagement with Assad through a ‘more for more’ approach. By acknowledging that cooperation and compromise are inimical to Assad’s mindset, Europe can move towards an assertive strategy commensurate with its unequalled potential to help ordinary Syrians.

The European Union’s Ambassador to Russia Markus Ederer spoke by phone with Putin’s envoy for the Middle East and Africa, Mikhail Bogdanov, on Thursday.

The Russian Foreign Ministry said the two men discussed the conflicts in Syria and Libya.

It gave no details of the talk about “the latest political and humanitarian developments”, beyond a reference to an “international legal framework aimed at establishing lasting and comprehensive peace in the region”.