Syria Daily: Ramadan Amid the Destruction 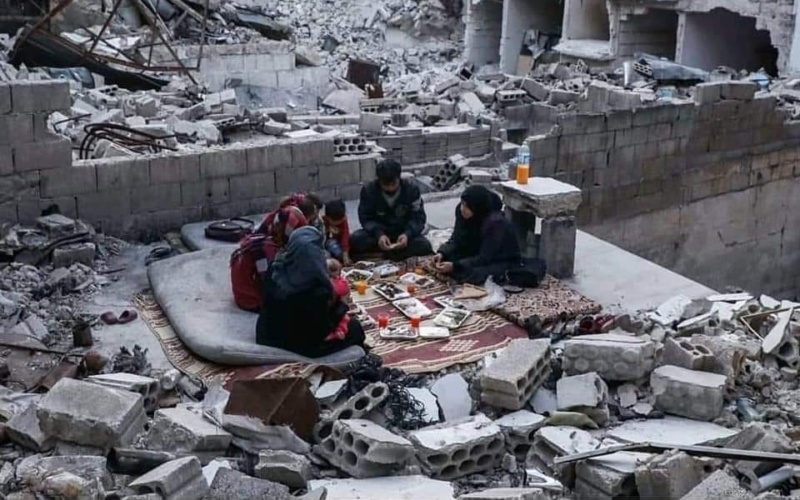 Some families are returning to their homes in opposition-held northwest Syria, celebrating the holy month of Ramadan amid the destruction inflicted by pro-Assad assaults.

More than 1 million civilians were displaced in the greater Idlib area by a Russia-Assad regime offensive between April 2019 and March 2020. About 2,000 were killed and thousands wounded, with more than half of the area’s medical facilities damaged or destroyed in about 70 bombings.

Last month, following a ceasefire agreed between the Turkish and Russian Presidents partitioning Idlib Province, about 100,000 civilians reportedly returned to their homes.

Tareq Abu Ziad, his wife, three children, and mother fled Ariha in late 2019. Now they have returned. In a small clearing amid the rubble on the roof, they sit on three mattresses to share an Iftar meal.

The family’s kitchen was destroyed, but Abu Ziad’s mother explains, “We brought ready meals from outside. The most important thing is that we re-live our memories and eat in our home.”

Still, they are the exception rather than the rule. There is no other person in sight, in rows of destroyed homes.

“My family and I are here on top of the destruction,” Abu Ziad says. “We are re-living a very difficult and painful memory. I pray that God doesn’t let anyone else experience this.”

Most of the displaced remain in overcrowded camps near the Turkish border. While bombing has been halted, with Russia holding back the Assad regime from its vow to take “every inch” of territory, the threat of Coronavirus has arisen amid poor sanitation, a lack of running water, and the damaged medical facilities.

See also Syria Daily, April 29: Coronavirus — How The Violet Organization is Helping Civilians in the Northwest 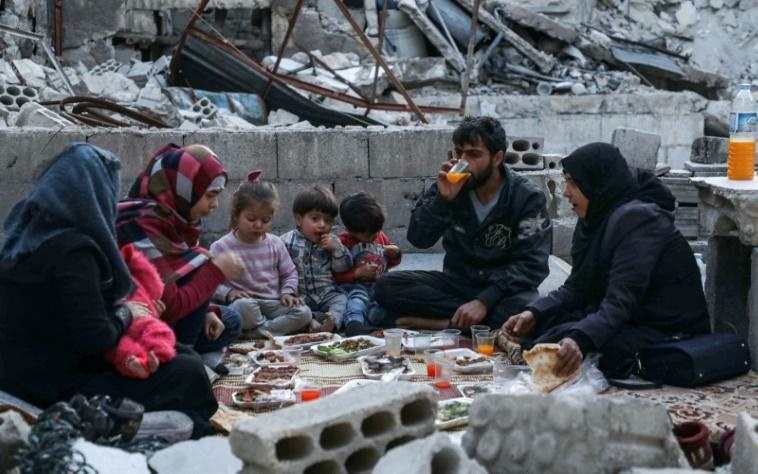