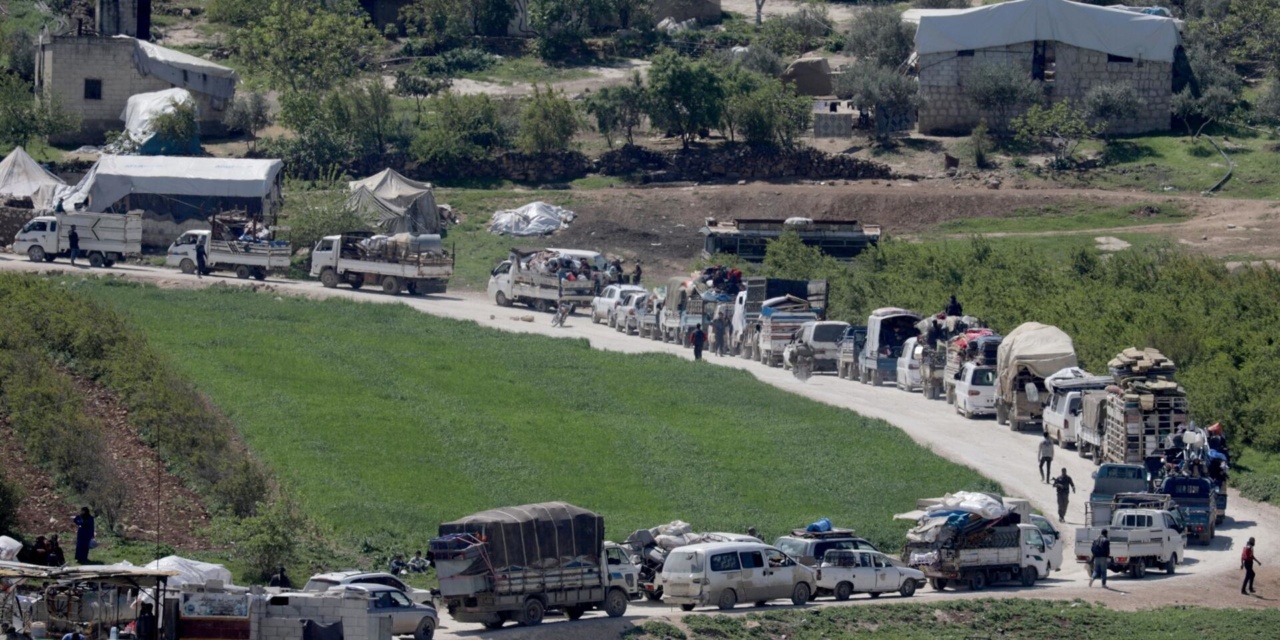 An aid coordinator says more than 100,000 displaced civilians have returned to their homes in northwest Syria, amid a six-week ceasefire that halted a Russian-regime offensive and partitioned Idlib Province.

Over 1 million civilians were displaced since last October. After around 40 days, following the [March 5] cease-fire, some 109,714 civilians, from about 19,500 families, returned to their settlements in Idlib, and its rural parts, and rural Aleppo.

The Russian-regime offensive began in late April 2019 and seized almost all of northern Hama Province and much of south and east Idlib. The attacks killed about 2,000 civilians and wounded thousands, while destroying half of the area’s medical facilities and much of its infrastructure.

Many of the displaced fled to overcrowded camps, now at risk from Coronavirus, near the Turkish border. Some lived without shelter in olive groves.

On March 5, after clashes between Turkey and pro-Assad forces, Turkish President Recep Tayyip Erdoğan and Russian counterpart Vladimir Putin agreed a ceasefire, with the Russian-regime forces retained territory which they seized.

Arrangements were made for the Turkish and Russian militaries to patrol the cross-Idlib M4 highway, but they have been challenged by protesting residents.

“Our Lives Go from Danger to Danger”

Abu Abdo, 45, who returned with his family of seven their village, said:

Our lives go from danger to danger as we flee from bombing, the regime, and conflict, to overcrowding and Coronavirus.

Here it’s agricultural land and the air is clean and there’s no congestion, but it’s still a dangerous area.

Others said they now preferred the dangers from renewed Russian-regime assaults to that of the camps, with poor sanitation and little or no running water.

“We fear there will be a regime escalation again but life in the town, in our home, is better than displacement and poor conditions,” said Fayez al-Assi, 49, from the Jabal al-Zawiya region.

Even if there is bombing we aren’t afraid of it. We’ve gotten used to it. Sitting here under the bombing is better than being displaced in the camps and not having a home.