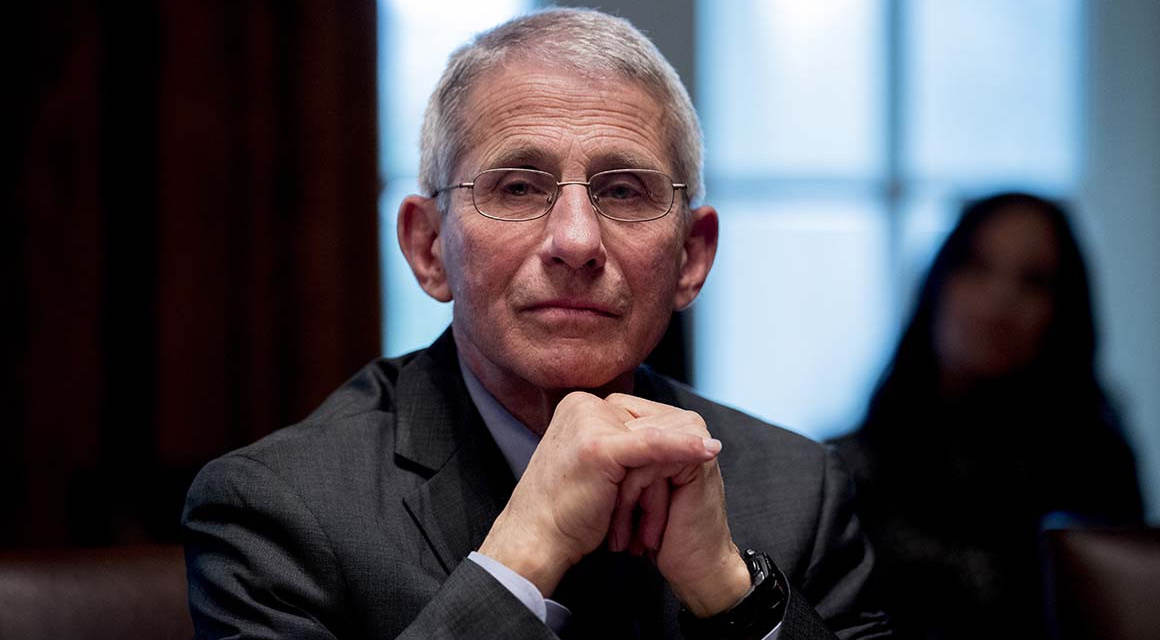 For almost two months, Fauci has carefully pushed back Donald Trump’s demands for a quick “re-opening” of the US, highlighting the likelihood of a second wave of the virus.

Fauci is in self-quarantine after two White House staff tested positive for Coronavirus. He will testify by video conference on Tuesday to a hearing of the Senate Health Education, Labor, and Pensions Committee.

In a Monday night e-mail, Fauci took aim at Trump’s slogan, invoked in previous attempts to remove guidelines by April 12 and then May 1.

If we skip over the checkpoints in the guidelines to “Open America Again”, then we risk the danger of multiple outbreaks throughout the country. This will not only result in needless suffering and death, but would actually set us back on our quest to return to normal.

More than half of US states have implemented some easing of restrictions, even though none has yet met the Task Force criteria.

Dr. Thomas Frieden, a former director of the Centers for Disease Control and Prevention, summarized Monday, “We’re not reopening based on science. We’re reopening based on politics, ideology and public pressure. And I think it’s going to end badly.”

A False Presentation About Testing

Trump’s latest attempt to control the narrative, having ended briefings by his medical and public health specialists, ended in a temper tantrum on Monday.

Trump appeared alongside a giant banner, “America Leads the World in Testing”, but undermined the message with misleading and false claims and his proclamation amid the more than 80,000 deaths: “We have met the moment and we have prevailed.”

He falsely said, “The numbers around our country are dropping very substantially”. In fact, the daily increase in deaths has continued between 1,500 and 2,500, and public health models are projecting a rise to 3,000 deaths per day by June 1.

Trump added the disinformation that Germany and the US have the lowest deaths per 100,000 people in the world. In fact, countries like New Zealand (21 deaths), Taiwan (7), and Iceland (10) are among the global leaders: each moved quickly at the outset of the crisis with testing, surveillance and contact tracing, and quarantines.

More than 25 countries have carried out more testing than the US on a per capita basis. And Trump’s declaration that the US has surpassed South Korea was immediately set in context of the South Korean death toll of 256 and its measures to contain the outbreak.

Trump and officials are boasting about how much more testing per capita the US has now done as compared to South Korea. The missing context: South Korea was much faster to get tests done, crushing its curve. Yesterday's *34* reported new cases in SK was the highest in a month.

Trump repeated his untrue assertion that “everyone” in the US can get tested. He also brought a cautious correction from an advisor when he said of a spike in a potentially-fatal Coronavirus-related syndrome among children, “It’s a tiny percentage….The children recover from that.”

“You Should Ask China”

When Weijia Jiang of CBS News asked about Trump’s focus on testing numbers amid the rising US death toll, he blew up:

.@weijia: Why is this a global competition to you when Americans are losing their lives every day?

TRUMP: Maybe that's a question you should ask China.

WEIJA: Why are you saying that to me, specifically?

TRUMP: I'm saying it to anybody who would ask a nasty question like that. pic.twitter.com/hokJOXASh8

Trump then pointed to Kaitlin Collins of CNN to ask a question. However, belatedly realizing it was Collins, he refused to let her speak. When he sought to call on another reporter, Yamiche Alcindor of PBS, she yielded to Collins to try once more.

Trump throws a fit when @kaitlancollins of CNN tries to ask him a question and abruptly ends the press conference pic.twitter.com/58AVZ9CABl